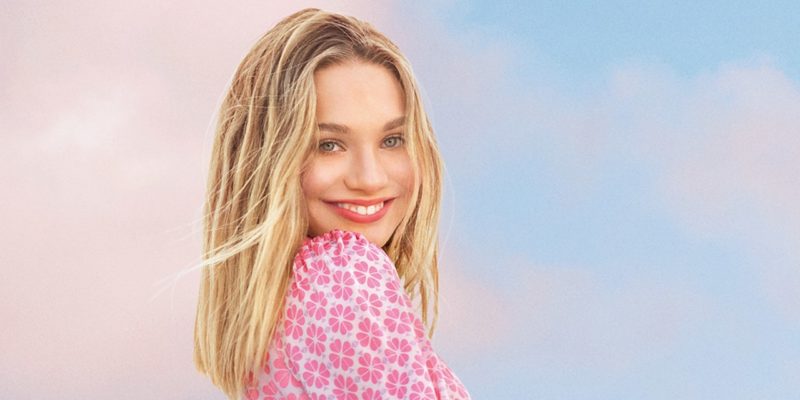 Maddie Ziegler knows the uplifting effect dancing can have on a person, whether someone is doing it themselves or watching a pro like her. She’s arguably one of the most recognizable and mesmerizing dancers onscreen today, and her makes-it-look-easy moves are even more magical in a refreshingly familiar setting.

“If that video can bring some light to some people’s day, that’s all I care about,” Ziegler tells Allure. The video she’s referring to is the campaign clip she shot for Kate Spade New York, the fashion house’s latest fragrance, on the waterfront in New York City — before the pandemic hit. In the 30-second spot, Ziegler hops over a park bench and bounces atop gray cement in her pink gown, all in front of the city’s iconic skyline. Set to “New York Groove,” the video is an upbeat, joyous celebration of a city that feels either like a relic of the past or a message from the future.

“The dance was very ‘do your own thing, let your body express however you’re feeling,’” she says. “I already relate New York with joy and energy, and that’s how I also feel about the perfume.”

Kate Spade New York’s eponymous new scent, which Ziegler describes as “good energy and good vibes,” launches on December 15. Crafted by perfumer Marie Salamagne, it has top notes of bergamot and wild strawberry, mid-notes of rose and freesia, and a base of earthy, wooden ambroxan and cashmeran. “My objective was to capture the unique scent of this lush and extremely elegant red fruit to feature joyful femininity, sublimated by gorgeous rose essence, the queen of flowers,” said Salamagne in a statement.

Starring in the campaign gets you early access, of course, so Ziegler’s been wearing the scent for a few months, and she “gets so many compliments on it,” she says. Prior to switching over to Kate Spade New York, she had worn one fragrance for four years, since she was 14-year-old and starring on Dance Moms. “I was longing for a new scent,” she says, and she’s made the switch to the new perfume, even wearing it around the house while hunkering down at home.

Like the bold makeup she’s known for (and helped to create in a recent collaboration with Morphe), Ziegler has made fragrance into part of her daily routine. “I don’t even think I realize I’m doing it,” she says. “I’ll just be doing my skin-care routine in the morning, or taking a shower, and I come out and instantly spray. It’s just a habit that I always do.”

How the American Celebrity Smile Became a Global Export