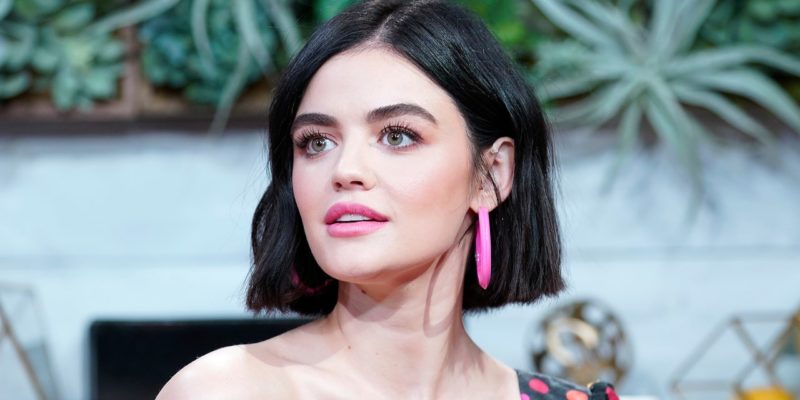 Lucy Hale is one of our favorite Hollywood hair-color chameleons. Typically a dark-chocolate brunette, she’s been known to sport brown, red, and blonde hair all within the span of a few months, and without the help of any wigs. Just last September, she revealed a ginger look created by colorist Kristin Ess, only to go back to brown two months later, followed by a golden bronde look in February. And now, Hale has revealed that she’s gone blonder than ever.

While on a trip to London, Hale appears to have lightened up her hair to a phenomenal shade of buttery blonde. In a sunny selfie, her slightly wavy bob covers one eye, the glossy new hue bringing out the golden tones of the eye we can see.

In February, Ess told Allure that Hale would eventually be going blonder. “This is phase two out of three in the lightening process,” she told us after lightening her hair to a gorgeous, highlighted brownish-blonde mix. “We always take it slow when we want to jump to a new lighter color because doing it too quickly can cause major damage, especially on someone who has dark hair and has been red recently.”

Because Hale was abroad, it wasn’t Ess who activated phrase three but rather London-based John Frieda colorist John Clark. “New hair for the glorious @lucyhale 🍯🍋,” he wrote when he posted Hale’s selfie on his own Instagram grid, using emojis that give the blonde shade a perfect name: honey lemon.

Knowing Hale’s propensity to switch things up, we’re looking forward to seeing what direction she asks one of her colorists to go in next. But in the meantime, we predict honey lemon blonde will be a huge summer hair-color trend.

A Marvel of Engineering, Girl Receives Pet Dragon Through the Make-a-Wish Foundation