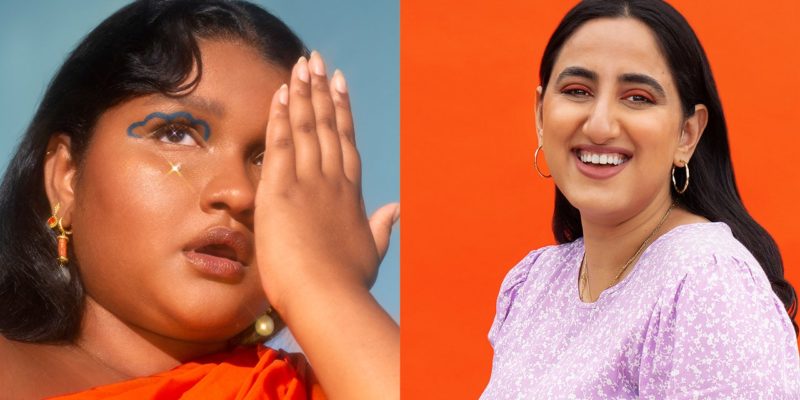 Of course, a brand’s story isn’t complete without the actual products. Meet Kulfi’s first product launch of many: five Underlined Kajal Eyeliners carefully curated to enrich South Asian skin tones. (Note: Despite its official name, “kajal eyeliner” is as redundant as saying “chai tea” or “naan bread,” Ganjoo says. Kajal simply is eyeliner, but the latter was added “to be on the safe side from a regulatory standpoint,” she adds.)

In fact, “kajal is actually very integral to South Asian culture,” Ganjoo says. “Grandmas used to make them in the kitchen by burning [vitamin E-rich] almonds and mixing it with ghee or castor oils to create a thick, creamy paste — but no one has really reinvented them for our generation.” She spent about a year perfecting the formula, as kajal “needs to be a very creamy formula and very pigmented with high opacity.” Kulfi’s version draws from the traditional formula, combining aloe vera extract, safflower seed oil, and a vitamin E complex, to help the initially creamy formula set to rich washes of pigments. That’s to say it’s easily smudgeable for your classic smoky eyes but doesn’t budge once it dries down.

Of the five shades in the debut lineup — Nazar No More (true black), Rain Check (rich brown), Cheeky Chiku (electric blue), Tiger Queen (terracotta), and Purply Pataka (mauve) — Ganjoo points out the last two, in particular, are “great neutrals for our skin tones and undertones.” Even black can appear gray on tan and deep skin tones, she notes, which is why Ganjoo formulated Nazar No More to be more “warm-toned and highly-pigmented” for visible definition.

“Nazar No More,” by the way, is also Kulfi’s tagline for the collection, which centers around redefining beauty on your own terms — rather than through the perspective or gaze of other people. For those unfamiliar, “nazar” is a reference to the evil eye. In India, babies actually have a black kajal drawn on them in order to ward off the nazar, Ganjoo says.

“I didn’t grow up feeling beautiful,” Ganjoo shares. “The fact that so many other South Asians feel exactly the same way just blows my mind, so that’s become the bigger mission for me [with Kulfi].” This “emotional gap,” as she eloquently puts it, is what the budding entrepreneur is passionate about bridging. For example, when the reality show Indian Matchmaking premiered on Netflix, Ganjoo told Allure: “The common takeaway was that while the show does offer much needed South Asian representation, it exposes damaging societal standards that South Asians don’t often recognize or speak up against.”

A Brief History of Sunscreen in the United States