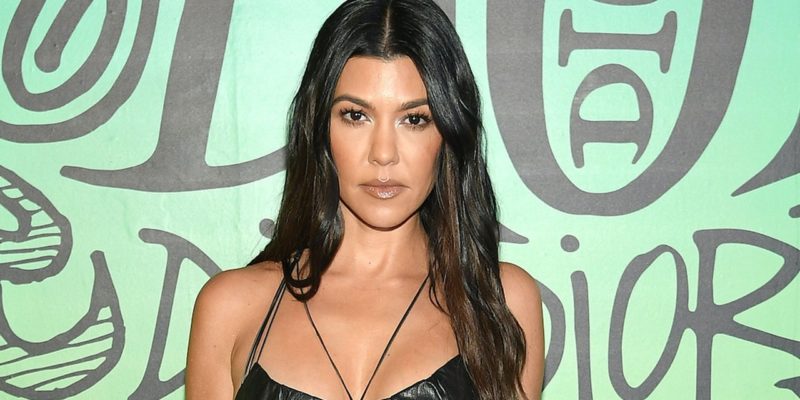 It was only May of 2021 when Kourtney Kardashian professed her love to boyfriend Travis Barker by tattooing the words, “I Love You,” onto his arm. Recently, Barker seems to have returned the romantic gesture by giving Kardashian a haircut (or two). On August 4, she shared a photo of herself on Instagram sitting on a bathroom floor with a haircut that falls a few inches below her shoulders, followed by a photo of her hair on the ground. A little over a week later, on Saturday, August 14, Kardashian shared a slideshow of four mirror selfies with a completely new hairstyle: a short bob.

Many of the reality star’s fans are in awe of Kourt’s new hair that falls slightly below her jawline. Barker even pulled up in the comments, writing, “You’re perfect.” Kardashian seemed to have teased her followers about the debut of her new haircut with a photo she posted to her Instagram stories on Friday, August 13. The photo shows some pairs of scissors next to a pile of Kourt’s hair. In fact, she also tagged celebrity hairstylist Peter Savic in the post, indicating that another pair of scissors (besides Barker’s) was behind her hair transformation.

We’re not sure what prompted this sudden change. Perhaps the unusually hot temperatures the U.S. has been experiencing all summer? Either way, Kardashian isn’t the only celebrity that’s opted for a bob recently. Earlier this year, model Kaia Gerber and singer Jessie J decided to change it up a bit by getting their own renditions of the bob as well. Whatever the case may be, Kardashian looks stunning as always. Welcome to the bob club, Kourt.

More on the Kardashians:

Professor Develops Technology That Cools People Down – Without Electricity or AC