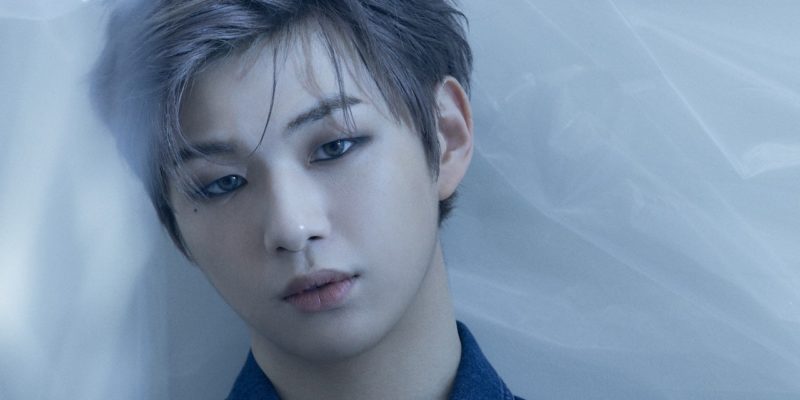 If you’ve ever watched Kang perform, you can just tell he’s a fire sign. He shifts from bashful to boldly charismatic with one single note. “Freedom of personal expression matters a lot to Saggitarians,” Jeon says.

Kang truly senses this energy, too. “I feel the proudest of myself when I’m performing,” he reveals. However, these days, it’s not as enjoyable to get onto stage for online concerts and TV shows because Kang can’t feed off the energy of his fans. “It’s just not as fun,” he laments repeatedly.

Prior to the pandemic, performing took Kang all over the world, which is the perfect job perk to satisfy the perpetual wanderlust of a Sag. He’s traveled to New York City, Los Angeles, Melbourne, Taipei, and Bangkok — just to name a few — with K-pop boy group Wanna One before it disbanded in 2018, as well as for fan meetings for his solo debut.

Picking just one favorite place is a difficult task for Kang, though. “I’ve always enjoyed all of the cities I’ve gone to,” he says. “It’s always fun for me to perform no matter where it is. But just personally, I like cities where you’re able to ride a boat.” I don’t need to have Jeon’s insight to comment that this is typical of a Sag.

“They can’t sit still,” I remark, thinking about my antsy Sagittarian younger sisters. “They like to constantly travel to new places.”

“They’re really here to just live a very expansive life and travel either in body or in mind,” Jeon adds.

Kang’s exploratory nature flows into his work, too. When making music, he says he learns the most about himself. (Sagitarrian musicians, like Charlie Puth, thrive off of constantly experimenting and reinventing themselves through their songs, according to Jeon.) Since his solo debut in 2019, Kang has been writing his own songs — of course, with the help of his A&R team (which stands for artists and repertoire, FYI. Basically, they assist with artist development), he notes. “[They] will tell me, ‘We think you would do really well if you did this,'” he recalls. More often than not, Kang will convince himself he can’t do whatever they have in mind. “But then, I will try it out, and I’ll be like, oh, it does look really great. It’s those times when I would learn more about myself,” he continues.

“I think the people around you are really important because when you come to a point when you don’t trust yourself, it’s really dangerous.”

The most recent example Kang gives: the addition of the third track on Yellow called “Misunderstood,” which is his response to the rumors and gossip that often swirl around him. Not only is it his head of A&R’s favorite, but it is also mine. At first, Kang thought it was “too heavy.” After getting into the recording studio with it, he realized it wasn’t so bad after all.