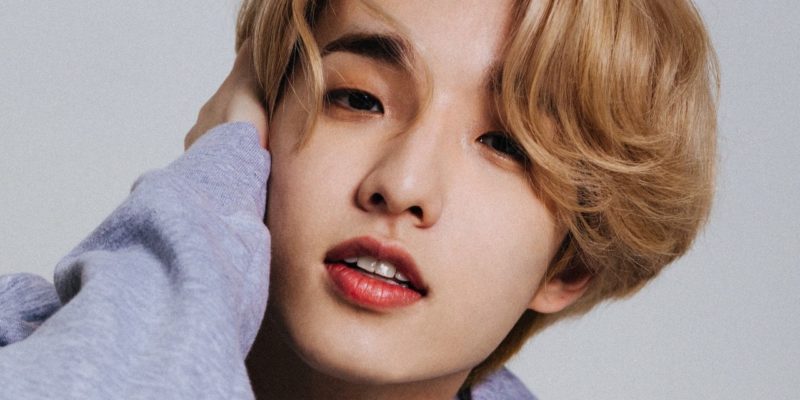 Another misconception we both had: Mental health medication is a magic pill. Once you’re on it, you’re fixed. In his experience, “It just levels things off,” Jae says. “You’re never too sad. No super highs, no super lows, and you kind of get the middle of everything. It really sucks when the lows hit, but I prefer this.”

Jae still doesn’t feel like he’s fully stabilized yet, either. “I haven’t gotten super better,” he says. “I’m in this standoff where sometimes, I’m having a good day, sometimes having a bad day. It goes back and forth.” And that’s completely normal.

What triggers Jae’s panic attacks is also still a mystery to him. “They come and go as they please,” he says. “It fascinates me as well as pisses me off because I really like being in control.”

Almost a week after JYP’s official announcement about DAY6’s hiatus, Jae shared on his personal Twitter account that he was starting to feel better, ending speculation of which members were truly focusing on their mental health. From there, Jae started talking more and more about his recovery on his social media platforms, including Twitch  — not only to spread mental health awareness but to also hold himself accountable.

“I knew I was actually going through it…..It’s been clinically diagnosed.”

“Avoiding your personal mental problems is the fastest way to destroy yourself, physically and mentally,” Jae says. “Coming to terms with that is also congruent to being publicly open about how you are as a person. If you are honest and you can show other people exactly who you are, then that means you have no problem being who you are. For me, it was just that — telling myself, ‘Hey, you are not OK and you need help.’ That was the big thing for me.”

At first, Jae was scared to share his struggles with fans. When worrying about people thinking it was a publicity stunt, he reminded himself of the facts at hand: “I knew I was actually going through it,” he explains. “It wasn’t a self-diagnosis. I thought I was going to die. I’m taking meds. I’m starting to feel better. It’s been clinically diagnosed.”

Of course, Jae’s career came into play when considering going public with his mental health issues, too. Although my interview with Jae feels more like a heart-to-heart with an old friend at times and he’s not adorned in makeup and fancy clothes, he is a K-pop star. He’s signed to one of the biggest entertainment agencies in Seoul, has 1.4 million Instagram followers to his name (3.6 million, if you add on DAY6’s).

“We are kind of stuck in a place where we’re not really supposed to have an opinion, but then have an opinion at the same time, seem human but inhuman, almost like godly figures.”

Part of Jae’s job description is sustaining a standard of perfection and presenting a pristine image to the world. Even in interviews, I’ve watched as idols try to uphold it with rehearsed answers to my questions, devoid of emotions. “We are kind of stuck in a place where we’re not really supposed to have an opinion, but then have an opinion at the same time, seem human but inhuman, almost like godly figures,” Jae explains.

7 Smartphone Injuries You Probably Never Heard About Until Now