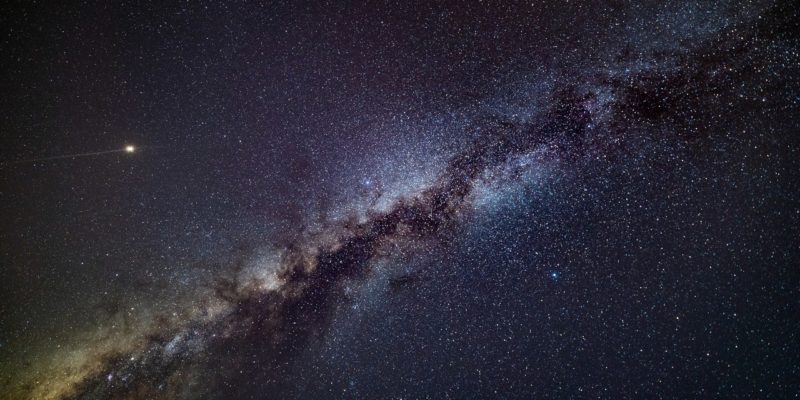 Named after the enchanting Roman goddess, Venus is the vibrant planet that represents beauty, love, and abundance. Indulgent Venus is happiest when luxuriating: Fine wines, extended baths, and aromatic moisturizers align with the Venusian spirit. This planet’s highbrow tastes reflect our interest in art and culture, while its romantic sensibilities reveal our idealized perception of love. Both earth sign Taurus and air sign Libra are ruled by Venus, each representing a different side of Venus’s expression: sensual Taurus is physical, while flirtatious Libra is cerebral. It takes approximately four to five weeks to transit a zodiac sign and goes retrograde every 18 months. During Venus retrograde, try to avoid making major changes to your appearance, such as getting a tattoo or plastic surgery.

The Red Planet is known as the warrior of the zodiac. Named after the Roman god of war, Mars symbolizes action, determination, and aggression. Its impassioned spirit often manifests when we’re racing to meet a deadline, running to catch a flight, or competing for a selective position. Mars is the fire under our ass, providing the adrenaline-charged boost of energy that fuels movement. It also reflects our physical passion and lust. This planet governs Aries, the impulsive fire sign known for its high-octane vivacity. Mars takes approximately six to seven weeks to transit a zodiac sign and goes retrograde every two years. When it goes retrograde, we may have trouble standing up for ourselves or experience a lack of motivation in the bedroom.

The largest planet in the solar system, Jupiter — or Zeus, in Greek mythology — is recognized for its colossal presence. Lucky planet Jupiter symbolizes fortune, philosophy, abundance, and spirituality. This generous planet governs expansion, encouraging us to widen our scope and broaden our horizons through philosophy, spirituality, and education. It governs Sagittarius, the adventurous fire sign known for its thrill-seeking disposition. Jupiter takes approximately 12 to 13 months to transit a zodiac sign and goes retrograde each year for around 120 days. Its retrograde is often a time of philosophical growth.

The ringed gas giant is associated with time, regulations, and restrictions. On a good day, Saturn symbolizes hard work, professional achievements, and steadfast resilience. On a bad day, however, it can be harsh and unemotional, forcing us to learn through tough love and difficult challenges. Though this planet has an odd way of showing its affection, Saturn does have our best interest in mind. It simply wants us to play by the rules. Saturn governs regimented Capricorn, the enterprising earth sign known for its tireless ambition, and takes approximately two and a half years to transit each sign. It goes retrograde each year for around 140 days. During Saturn retrograde, life may feel more restrictive, and we must work harder to launch projects.

Uranus is unusual: as Science Museum reports, it’s the first planet discovered by a telescope, the only celestial body named after a Greek deity, and is tilted so far on its axis that it essentially orbits the sun on its side. Fittingly, Uranus symbolizes technology, rebellion, and innovation. This revolutionary planet hates the rules and is always eager to facilitate groundbreaking, dynamic change. Uranus can have surprising effects (after all, the planet loves shock value). It governs Aquarius, the free-thinking air sign recognized for its eccentricity and nonconformity. Uranus takes approximately seven years to transit each sign and goes retrograde each year for around 150 days. During the planet’s retrograde, we are asked to leave the past behind and continue onward with life.