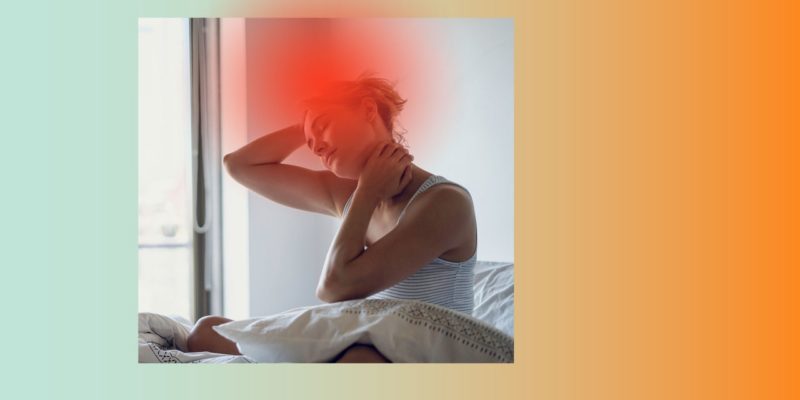 Migraine affects nearly 40 million people in the United States each year, and if you’re one of them, you know that there’s no such thing as a good time for one to appear. But there’s something particularly discouraging about waking up with one. Along with acute or throbbing head pain, a morning migraine can bring other symptoms, such as nausea and full-body fatigue, that make it difficult to get up and start your day.

Unfortunately, a 2005 study published in Headache found that waking up with headache and other migraine symptoms is common for people who have migraines. Here are some of the reasons experts believe an early-morning attack can happen, and how you can treat them when they do.

How do you know it’s a migraine?

Migraines and tension-type headaches can both cause throbbing pain that lasts for several hours. So how can you tell the difference?

“Migraine is more than just headache. For some people, the headache is not what really bothers them the most, if at all,” says Stephanie Nahas, a physician at the Jefferson Headache Center in Philadelphia. Pain on one side of your head, pain that throbs, pain that is moderate to severe, and pain that gets worse with physical activity are all indicators of a migraine. They also usually involve other symptoms, such as sensitivity to light and noise, vomiting, and nausea. Additionally, neck pain, sinus pressure, sweaty palms, visual disturbances, and dizziness are considered typical migraine symptoms.

Jan Lewis Brandes, who serves on the board of the National Headache Foundation and works as an assistant neurology professor in Nashville, Tennessee, points out that certain factors could put you in a higher risk category for migraine. In 2018, the CDC reported that women are more than twice as likely as men to have had a migraine within the last three months. Brandes also says that insomnia, snoring, restless leg syndrome, drinking alcohol often in the evening, and fasting for hours at a time can all make you more likely to have waking migraines.

Why do migraines happen in the morning?

“In migraine, attacks often strike in the early morning hours, just by the nature of the disease. Reasons for this are complex and not well understood, but it’s believed that the way the brain goes through the sleep-wake cycle has something to do with it,” says Nahas.

12 Habits That Make it Easier to Motivate Yourself

‘Land is worth more when left to nature’ – study – Positive News

Check out these deals from ICAN Cycling