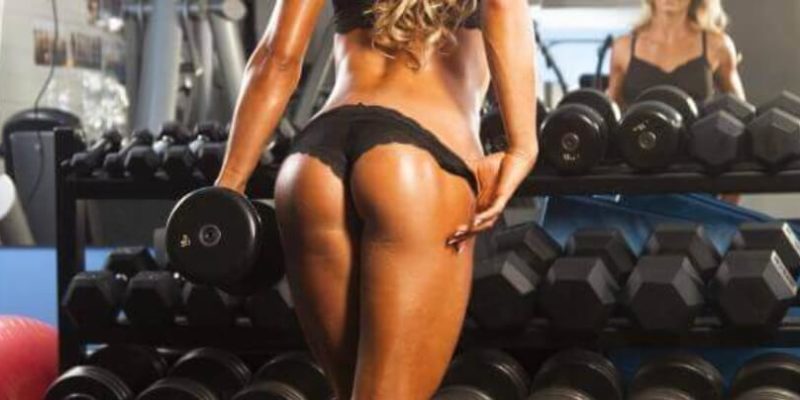 That’s a tough question to answer.

There are myriad different exercises and exercise variations for training every muscle group, new studies come out supporting this one or that, and every meathead in the gym and “influencer” on social media beats the drum for their pet exercises.

This is particularly true of the hamstrings, because there are two very different ways to train them.

Some exercises train the hamstrings using what’s known as hip extension (moving your abdomen away from your thighs), with some of the most common examples being the deadlift, Romanian deadlift, and glute bridge.

Other exercises train the hamstrings using what’s known as knee flexion (bringing your ankles closer to your butt), with some of the most common examples being seated and lying leg curls and nordic curls.

Which is better, though?

That’s what scientists from Jobu University wanted to find out in a study published in 2020.

Let’s look at what they did.

What Did the Researchers Do?


The researchers had 7 healthy, untrained men between the ages of 21 and 25 report to the lab on 5 separate occasions.

(In case you’re wondering, an isokinetic exercise is an exercise performed on a particular type of workout machine that only allows you to move a weight at a set speed, regardless of how hard you push. It’s often used in scientific studies, because it helps ensure the participants are all performing an exercise the same way).

During each session, participants performed two sets: one set of 3 reps, and one of 30 reps.

In each set the participants only performed the concentric portion of the exercise (the lifting portion), and were instructed to perform the reps as hard as they could. However, because they were performing the exercises on an isokinetic machine, no matter how hard they pushed they could only move the weight at a set speed.

The participants performed all four of the exercises in a random order, completing one exercise per session, and rested three days between each session.

Without getting too far into the weeds, muscle activation isn’t always a perfect predictor of muscle growth, but it is an indication that an exercise is probably effective for training a muscle.

The Best Hamstring Curl Exercise Is . . .

In other words, seated hamstring curls appeared to be superior to lying leg curls for activating the hamstrings (which indicates they’re probably better for building muscle).

The researchers also found that when the participants performed hip extensions (an exercise similar to “donkey kicks”), they were able to generate more force when their knees were fully extended (straight) than when they performed the exercise with their knees flexed at 90 degrees (bent).

Finally, the researchers also found that the biceps femoris and semitendinosus muscles (which comprise a large chunk of the hamstrings) were recruited more during leg curls (knee flexion) than during donkey kicks (hip extension).

What Does This Mean for You?

Perhaps the most significant finding of this study is that we now have some evidence that seated leg curls are more effective for training the hamstrings than pretty much any other exercise, including lying leg curls.

And while muscle activation doesn’t always translate into more muscle growth, recent research tells us that when it comes to the hamstrings, the more active they are during an exercise, the more they grow.

Without going too far down the rabbit hole of hypertrophy science, this is likely because muscles tend to grow more when they are. . .

Does this mean that leg curls are the only hamstring exercise you should do? Does it mean you should ignore other exercises like the . . .

Prioritizing compound exercises that allow you to lift heavy and effectively implement progressive overload should always be nucleus for your lower-body workouts.

However, it seems reasonable to say that when choosing accessory exercises for your lower body workouts, it’s wise to include seated leg curls much of the time.

That’s not to say that other hamstring exercises have no utility—not only can other exercises like Nordic curls, glute-ham raises, reverse hyperextensions, cable pull-throughs, and the like effectively train your hamstrings, they can also make your workouts more enjoyable by injecting some much needed variety into your training.

Summary: Compound exercises like the squat and deadlift should be the bread and butter of your lower body workouts, but including seated hamstring curls will improve your hamstring strength and size more than most other hamstring exercises.

Perhaps the most significant finding to come out of the present study is that seated leg curls are about the most effective exercise there is for targeting the hamstrings.

Don’t lose sight of the forest for the trees, though—this doesn’t mean they should be given precedence in your training over key lower-body exercises like the squat, deadlift, lunge, and all the variations of each.

Instead, you should still start your lower-body workouts with heavy, compound exercises like squats and deadlifts, and then include seated hamstring curls as an accessory exercise.

What’s your take on hamstring curl exercise? Have anything else to share? Let me know in the comments below!