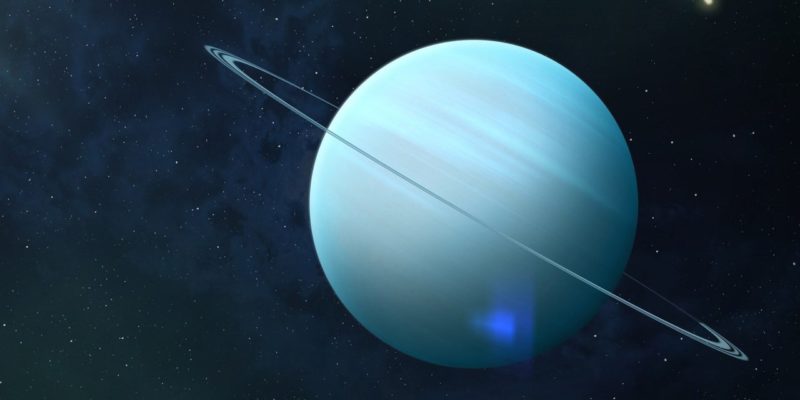 Uranus retrograde is coming, so get ready to unleash the alien within and make some tough — but necessary — decisions. Uranus is one of the outer planets, along with Neptune and Pluto, meaning its retrograde affects all of us, but those effects can be generational, as outer planets take a much longer time to move between signs. The planet of eccentricity spends seven years in each sign. Currently, it’s in sensual Taurus, turning our attention to the importance of self-care. Unlike Mercury retrograde, this planetary alignment is much welcomed. Uranus going retrograde helps boost confidence so you may play a more active role in making the world a better place.

From Thursday, August 19, 2021, to Wednesday, January 19, 2022, Uranus officially goes into retrograde. As the planetary ruler of independent Aquarius, Uranus is all about independence, innovation, and humanitarian efforts.

What exactly happens during Uranus retrograde?

When any planet goes retrograde, it appears to move backward in the sky. Keep in mind that Uranus spends roughly 40 percent of the year retrograde, though — 150 days, to be exact. Unlike Mercury retrograde, which typically lasts three to four weeks, three to four times a year, Uranus’ effects don’t feel as potent and immediate. It might help to think of Mercury retrograde as a short-term fiery fling that might cause some heartache but teaches you how to be patient. Uranus retrograde, on the other hand, is a long-term relationship that can be tough at times but ultimately brings out the best in you.

Because Uranus is such a wildcard, life can often become calmer when it goes retrograde. This respite can offer you a chance to tidy up the areas of your life which Uranus rules, including, but not limited to, any personal or political revolutions. You may find yourself inspired to get a makeover or get involved in local politics — or both.

This period also encourages you to level up by becoming confident in your worth within your own daily life. This is the perfect time to step outside of your comfort zone; if you’re dragging your feet against change, Uranus retrograde might just rip off that bandage, whether you like it or not. If you find discomfort at work, in love, or with the world, channel your energy into growth and productivity through self-care. Need some specifics? I’ve got you covered. Below, I’ll unpack how Uranus retrograde affects each astrological sign and how to make the most out of this transformative time based on your sun sign.

At times, you can be stubborn, Aries. You usually get what you want, but your ego can get in the way of facing the truth. Are you getting what you want out of your love life? If your current crush or relationship balances on the hope that someone will change, it’s essential that you put yourself first. Find someone whose goals align with yours — you deserve it.

Because this retrograde takes place in your sign, lovely Taurus, you may feel its effects more than others. This could mean you feel a renewed interest in activism over the next few months. Don’t be surprised if people who disagree with you politically confront you, such as family members, coworkers, or potential lovers. Your task is to decide what’s worth fighting over and what’s harmless enough to let go.

You’re wild at heart, Gemini, but Uranus retrograde wants to make sure your late nights aren’t jeopardizing your health. Yes, you’re very popular, but you need food and rest to function at full force. Your retrograde task is to create a self-care routine and follow up on regular doctor’s visits. And of course, consider working with a therapist if you aren’t already.

Caring deeply about your family, friends, and romantic partners is a major part of who you are, Cancer. However, you tend to give so much to loved ones that you risk putting aside your own feelings, which can lead to resentment. Instead, you need to verbally establish your needs and boundaries with others so you can enjoy receiving love as much as you give it.

After Collecting Over 8000 Titles, Woman Fulfills Dream of Opening a Bookstore While Recovering From Scary Diagnosis