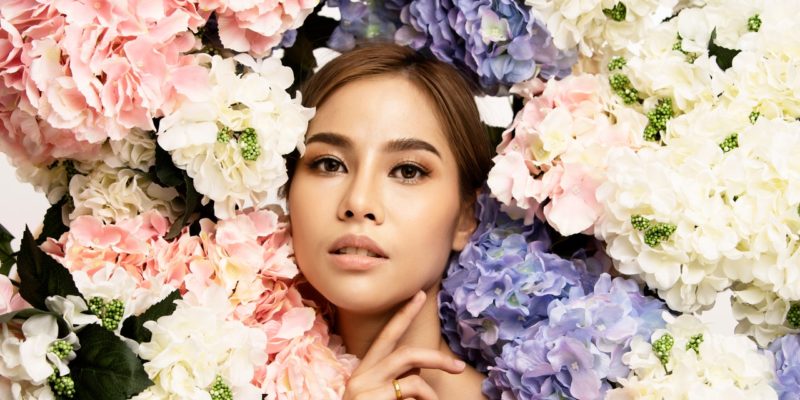 “Asian American standards follow the Western beauty standards, but even more closely: more contouring, more highlights, bigger, better,” shares Christine. “Whether it’s cheeks or jawline, breasts or butt, everything is highly carved… [The Asian look] is youthful and genteel, kind of fading away as much as possible.”

” I am seeing much more interest in Eastern aesthetic surgery even amongst my non-Asian patients.”

The procedure that bridges both Eastern and Western Asian beauty ideals, apparently, is the nose job. New York-based board-certified facial plastic surgeon Edward S. Kwak specializes in rhinoplasty for Asian patients, in which he says “treatments are made to address a poorly-defined tip and bridge.” In effect, this creates a higher bridge and a more traditionally Eurocentric nose shape. However, Kwak says over the course of his 15 years in practice, he’s seen the globalization of beauty with “more of a blend of beauty standards between the Eastern and the Western face.”

“I frequently have patients come in with photos of their ideal goals. In the past, the models [in the photos] skewed more towards traditional Western beauty,” says Kwak. “Now I am seeing much more interest in Eastern aesthetic surgery even amongst my non-Asian patients.”

Orange County-based board-certified plastic surgeon Goretti Ho Taghva opened her clinic in part because she felt that plastic surgery failed to represent her own “ideals of beauty” as an Asian woman. Classical medical training, she says, is “heavily based on Caucasian anatomy that in many cases isn’t applicable to treating Asian faces.” A few years ago, she noticed an influx of celebrity-influenced Asian patients wanting “exaggerated features” like large eyelid creases, high nose bridges, and fuller foreheads (achieved through fat transfer). Taghva is particularly uncomfortable with some of her patients’ expectations: the huge eyes, button noses, and perfectly full mouths informed by photoshopped social media posts filtered through third-party apps.

“[Beauty camera] apps like Meitu have made some of the beauty ideals unattainable, and sometimes quite strange looking in my opinion,” Taghva says. “What makes me most anxious are patients who have poor self image but also unrealistic expectations.”

Beverly Hills Plastic Surgery experiences similar requests. “Something that comes up a lot, too, is anime: cartoon-y big eyes and shaved face and translucent skin,” notes Christine. Gabriel adds that while social media has enhanced the desire for “refinements” in lieu of major surgery, “flipping through your phone there are a lot of filters that are very unreasonable.”

Gabriel unravels the rationale for cosmetic enhancement with each of his patients. Christine says he often reminds her of a “therapist” in his attempts to devise whether his patients are seeking an adjustment to genuinely benefit their mental and physical health, or simply follow a trend. In the case of the “fox-eye” look, Gabriel attempts to dissuade consultees, fearing the trend may not last. “If it seemed like something that was going to stay as a beauty enhancement then I would do it for that patient,” he says.

The Fetishization of the Eurasian Face

Each doctor we spoke to notes that the prevailing shift among their patients — Asian or otherwise — is age. As procedures have become less invasive and social media has decreased their stigma, the younger generation is both looking to delay aging as well as, Gabriel articulates, better “refine” their features. Specifically, a newfound obsession with the jawline has arrived — and no where is this more evident than on TikTok. Along with increased interest in gua sha and treatments like Kybella (which reduces the appearance of a double chin), Kwak says that amongst his clientele, he has seen an upswing in Asian American patients in their 20s and 30s seeking to reduce facial jowling and remove buccal fat beneath the cheekbones to contour the face into a heart shape (for reference of a heart-shaped face, see Bella Hadid).