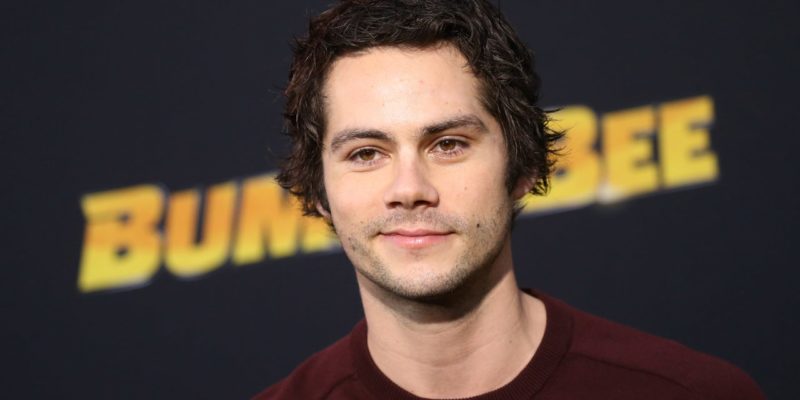 Where are all the Teen Wolf fans at? Are y’all OK? I ask because Dylan O’Brien is fully a platinum blond now, and nobody seems to be handling it very well (myself included). That’s right: the actor who’s always been known for that dark, often disheveled hair and what was infamously known to Tumblr as his “glass of whiskey eyes” looks very different now, as a recent TikTok video reveals.

On August  17, the official account for the upcoming comedy movie Not Okay (in which O’Brien will star) posted a video of the actor before and after his transition into the character Colin. With clean-cut blond hair, a freshly trimmed beard, a chunky silver chain, and a slew of fake tattoos, Colin looks absolutely nothing like O’Brien in real life… which, according to the fans in the comments, is juuuuuust fine.

Legitimately, this sheer thrist power of this video has people wondering whether or not to call an ambulance. “IS EVERYONE STILL BREATHING??? I’M NOT,” one user comments, while another writes, “This movie is called ‘not okay’ because after this I’M DEFINITELY NOT OKAY.” I personally think this situation is best put by whoever wrote this sentiment: “I will never recover from this.”

Unsurprisingly, O’Brien’s tranformation video has earned more than 7 million views in less than 24 hours — that’s probably because I, along with everyone else, am just sitting here watching it over. And over. And over. And over again. I mean…. could anyone really blame me?

How Much Weight Can You Really Lose in 3 Months?

By stufflovely
17 hours ago
Uncategorized

By stufflovely
23 hours ago