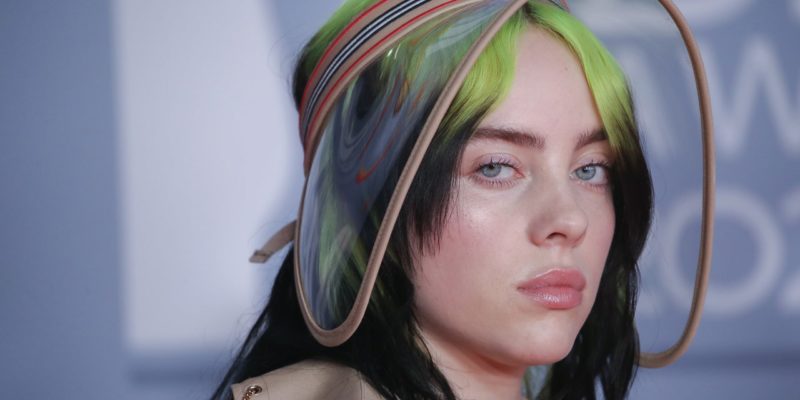 A new era of Billie Eilish has officially begun. We’ve known it was coming since the moment she swapped her signature black-and-green hair for platinum blonde and began teasing new music — but a new cover shoot with British Vogue shows just how much the singer has evolved.

On May 2, Eilish revealed via Instagram that she is the star of the magazine’s June 2021 issue, where she appears in several vintage-inspired designer lingerie sets. It’s a complete 180-degree shift from her previous signature look, usually punctuated by oversized shirts and pants in bold prints — but that’s not the only thing that caught our eye about these stunning photos.

As revealed in a couple of the cover shoot images, Eilish has been hiding a huge secret from fans in the form of an all-black tattoo that extends from the top of her right thigh to her hip and ends near the center of her stomach.

Eilish actually told Vanity Fair back in 2020 that she got her first tattoo but that fans “won’t ever see it.” Look like that promise didn’t last that long, but still, Eilish hasn’t confirmed exactly what the tattoo is. By the looks of these British Vogue images, it could be anything, but our bet’s on an animal of some sort like a snake, phoenix, or dragon.

Whatever the tattoo is, it’s clearly bold, beautiful, and very detailed — exactly what we’d expect of someone as creative as Eilish. Now, she’s got us on our toes as to what she’ll sing, do, and wear next.

What Is Body Composition and How Do You Measure It?

Why Am I Getting Eczema as an Adult? Causes, Symptoms & Treatments | Body and Mind