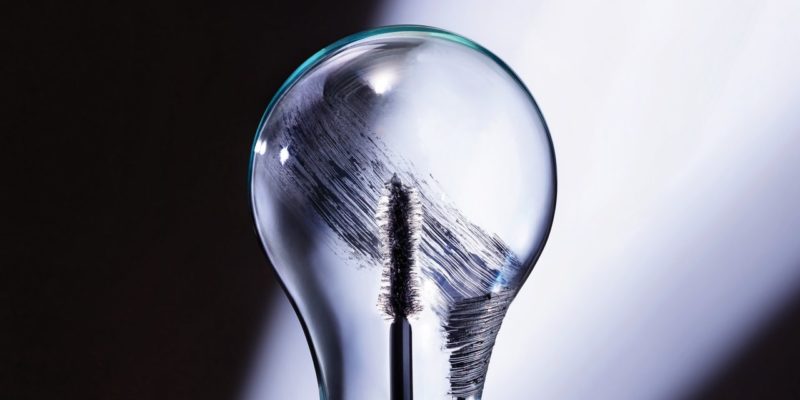 No beauty entrepreneur has a completely smooth trajectory from mixing potions in their kitchen to selling their brand to a multinational conglomerate. They are bound to make some mistakes along the way. But one thing successful entrepreneurs have in common is that they’re able to learn from their mistakes and apply those lessons moving forward. Here, eight beauty founders shared the biggest mistakes they made in the course of growing their businesses, how they fixed things, and what they learned.

“I didn’t trust my gut”: Ten years ago, when her hair-care brand changed the packaging on one of its best sellers, Price worried consumers would think the formula had changed too. She was right. “We wound up changing the packaging again so that it looked closer to the original design.” Price sold her brand, reportedly valued at $27 million at the time, to L’Oréal in 2014.

Tsai regrets “not having more fun” after launching her Japanese-inspired skin-care brand in 2009. “I was terrified that Tatcha would come crashing down in an instant,” she says. “Yet I’d see other founders thriving in all the ways I felt I wasn’t. How did they make it look so easy? It wasn’t until the pandemic that I began putting everything from the past decade into perspective, and realized I maybe shouldn’t have been so hard on myself.” In 2019, Tsai sold her line to Unilever for an estimated $500 million.

“I really thought that if we created a product that was different from what else was out there, made it high quality, and wrapped it in cool branding and marketing that people would just figure out how to buy it,” says Zomnir, who cofounded her rebel-heart makeup line in the ’90s. But Urban Decay failed to immediately take off.

“Ha! That is not how it works. You need your sales, operations, and finance functions to be just as highly developed as your branding and product in order to be successful. Not giving those back-of-house functions enough attention in the beginning hurt the brand as it was growing. Once we got that on track, we started flying!” Urban Decay sold to L’Oréal for an estimated $300 to $400 million in 2012.

Working with one U.S. distributor seemed like a good idea for John Frieda — until that distributor suddenly went bankrupt. (The hair-care company was about five years old.) But the disruption inspired Frieda to vertically integrate, skipping the middleman to get products directly to its retailers. The brand sold to Kao for $450 million in 2002.

Sometimes you just don’t know what you don’t know. Or in the case of Briogeo’s Nancy Twine, who you don’t know. She had a background in finance but not in the beauty industry. “I had no idea who the talent was in the beauty space and I didn’t know who to hire. I really extended myself [as the] be-all operator of Briogeo probably for too long. It took me a long time to get to a place where I had a team that was able to push the brand forward.” She didn’t need a financial investor at the time since the brand was growing on her bootstrapping efforts, but she wishes she had hired a “strategic partner.” Still, she managed to land her brand in Sephora, building up a team along the way. In 2019, Briogeo brought on a minority investor. In 2021, the brand expanded to Ulta shelves.

“My biggest mistake was the moments I let other people’s rejection of me and my brand vision equate to self-doubt.” Lima says that her business was on the verge of failing until she finally got a break after many rejections, when QVC agreed to give her some airtime. “We were down to under $1,000 in our company and personal combined bank accounts and could barely afford the inventory of over 6,000 units of our Bye Bye Under Eye Concealer that we had to sell in 10 minutes.” She used the makeup to cover her own skin condition and showcase what the product could do. It sold out. L’Oréal acquired the makeup brand for a whopping $1.2 billion in 2016.

It Cosmetics Confidence in a Cream

It Cosmetics CC+ Cream with SPF 50+

Young, a former Estée Lauder executive, regrets settling for less investment than she thinks her body care company probably needed early on. “I took a lot of advice where people basically said, ‘You’re a woman and you’re Black and you’re not connected. Go and raise whatever you can and make do with that,'” she says. “What ends up happening is you are consistently in the space of under-capitalizing the company.” She’s since been working with a CEO coach and is drumming up more investors for the growing company. “We shouldn’t be settling for less as women. We create some of the best companies in the beauty category and we have an in-depth understanding of the category and of our customers,” Young says. Oui, which started as a shaving company featuring a single blade razor, has since expanded to include other types of body care and has raised over $1 million in capital.

When the friends and former L’Oréal employees launched Glow Recipe in 2014 as a multi-brand K-beauty retailer, they both had a lot of experience in PR and beauty marketing and thought they could handle it for their own brand. They could, but they discovered in hindsight that it wasn’t optimal for their business. “I think the mistake that we made was not hiring senior talents earlier on,” says Lee. “When we did start hiring director-level talent, it was night and day for us. And it actually really helped us to focus on strategy versus the day-to-day operations and tasks that we were spending so many hours in the day doing.” Since then, they’ve shuttered the original concept but founded their Glow Recipe brand, which is a best-seller at Sephora, as well as Sweet Chef, a skin-care line sold at Target.

A version of this story originally appeared in the February 2021 issue of Allure. Learn how to subscribe here.

Check out more stories about the business of beauty:

What 8 Venture Capitalists Are Looking For When They Invest