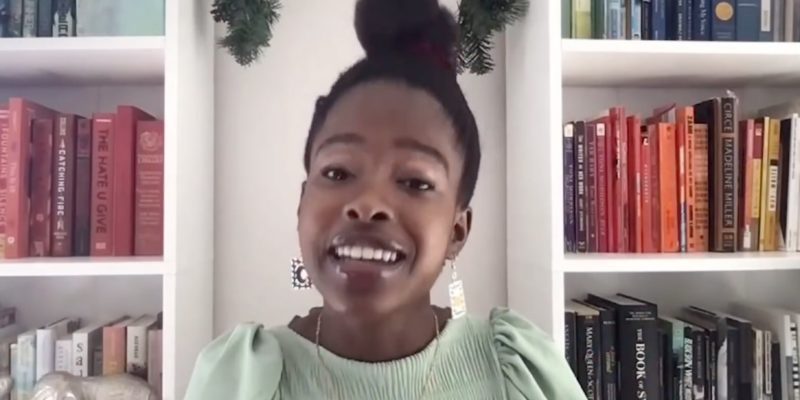 
You may have already heard that Lady Gaga and J-Lo will be performing at the presidential inauguration tomorrow. But what about Amanda Gorman?

While Gorman may not be a household name yet, she is about to become much more popular as she follows in the footsteps of Maya Angelou and Robert Frost to deliver the opening poem in DC.

The 22-year-old Los Angeles native and National Youth Poet Laureate is the youngest person to receive this platform.

Like Angelou, who was speechless as a child, and Joe Biden, who grew up stuttering, she has overcome a childhood speech impediment to find her voice.

Gorman had difficulty saying certain letters of the alphabet as a child. The letter ‘R’ was especially difficult to pronounce. That hasn’t stopped her. In fact, his first lyrical picture book, Change Sings: A Children’s Anthem, is now available for pre-order.

Speaking of tomorrow’s ceremony, the Harvard graduate said NPR, “I think there is a true story of speakers who have had to struggle, a kind of imposed lack of voice, you know … So it’s really special to me.”

With future plans that include running for president, expect to see much more of this young star.

(GET TOGETHER Amanda in the PBS video below).

SHARE the inspiration: send the communicationsend-The boss’s story for friends …

Michelle Obama Showed Off Her Natural Curls for Her Birthday