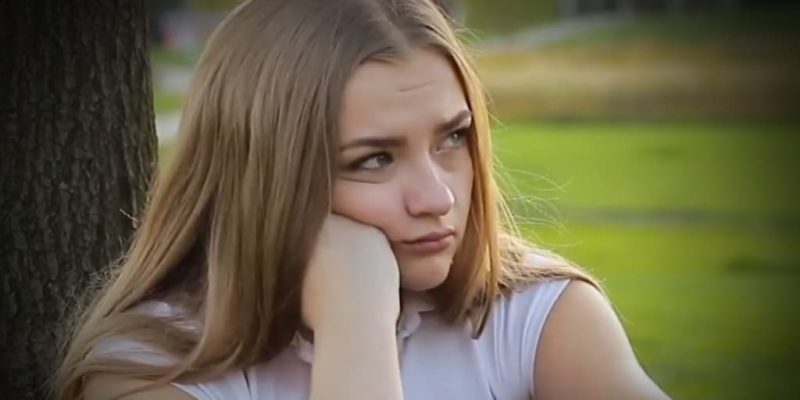 What makes us beautiful varies from person to person, as we all have unique personality traits and quirks about us. While at our core we all have the same basic needs and wants, we all express ourselves very differently. This comes from individual perceptions and ideas about the world around us, developed in accordance with our environment and heritage. However, life experiences tend to alter our personalities a bit, which means that each of us looks at the world through our own lens.

Sophie Sabbage, a world-renowned speaker and author who offers powerful insights about life, offers her own insight into what makes us beautiful. She draws on her own tumultuous life experiences to help others navigate theirs with grace and courage. After getting a cancer diagnosis In 2014, he used his creativity to help her get through the crisis, which spawned some of her most transformative work. She shared some of her most sensitive memories of growing up with us, and we will pass on her inspiring message.

The teenage years are often full of uncomfortable and sometimes painful experiences.

Sophie often felt singled out because she had matured faster than other girls her age. By the time she reached double digits, she was 5’5, had started to menstruate, and was wearing a double D-cup bra. She even had to wear identification on the school bus to prove she was under 16 years old. As a result, she felt as if the guys around her didn’t actually see her at all. Rather, his eyes drifted to her breasts, making her feel embarrassed and vulnerable.

At 15, she didn’t feel like she belonged to other girls around her. However, she took it easy and even made jokes about her appearance to lessen the embarrassment she felt.

“Here are my breasts, the rest of me will come tomorrow,” I would tell the boys at school. “This is how I relieved the discomfort of children my age, whose eyes tended to meet my overly mature breasts from the age of 10.”

She said this helped break the ice with children her age, while keeping their dignity intact. Everyone loved her sense of humor, which eased some of the tension and diverted attention from her appearance. However, despite her growing popularity, she found that no one would dance with her at school parties.

“Those years became a catalog of humiliations and shame,” he said. “I attended my first real dance at 14, a charity event, with a thousand tickets and a greater chance that I will not merge with the flowers on the wall.”

For the event, her mom had bought her a beautiful pink chiffon dress and a new bra that complemented her figure. She had been wearing bras for years, but she still wasn’t comfortable with her body. Every morning, her gaze lifted to the ceiling as she put them on, and instead she imagined herself as a slim, flat-chested girl.

When he got to the dance, he met up with his friends and chatted informally with them. However, she looked around from time to time, hoping that only a boy would ask her to dance. He desperately wanted someone to look past his looks and into the heart he proudly wore on his sleeve. You see, Sophie wanted to be known for more than just her breasts and her self-deprecating humor.

She seemed to get his wish, to his surprise.

“Much earlier than expected, a tall, dark-haired boy asked me to dance. Who knows?”

Dazed and shocked at the same time, she struggled to maintain her composure as they made their way to the dance floor. Sophie didn’t even care if no one else asked her to dance that night, or what the boy’s name was. She was happy that someone noticed her and she felt beautiful for once.

When the lights went out and the strobes came on, they lit up anything white on the dance floor. The dim light helped Sophie relax and bring out her daring side. He let the music permeate every cell of his body, putting aside all the cares in the world.

“My shyness rose and for the first time since my period started and my breasts arrived, I felt valuable, attractive and free.”

However, after only a couple of minutes of her newfound freedom, she noticed that the lights had illuminated her white bra for all to see. Her dance partner noticed this too, backing off several feet as if to say, “I’m not with her.”

He realized what makes us beautiful after a hard journey.

This single moment would stay with her for years to come. As time passed, she struggled with a eating disorder and fell into many toxic relationships. However, in his late twenties, he finally found her strength and self esteem after a heartbreaking experience.

“My boyfriend of three years pinned me against a wall and put his hands around my throat. Until then, we had been a perfect psychological couple because I believed that I was an unworthy woman, and so did he, ”he realized. “But in that moment, my self-esteem rose so fiercely, something changed that it never changed again.”

But, those experiences gave him powerful lessons on self-esteem.

She finally realized that she didn’t have to prove anything to deserve self-respect. Just being a human being, existing on this Earth, meant that she mattered. His self-esteem began to flourish from that moment on. Because she had finally discovered love and acceptance for herself, she attracted someone who saw that in her as well.

He met her person at a time when he felt vulnerable and full of pain. However, her struggles made her authentic. He told her, “I don’t know anyone whose beauty is more congruent with his soul.” In that moment, he realized that he had fallen in love with much more than his appearance. He saw deep into her soul, because she refused to disrespect herself.

“My dignity made me beautiful, because beauty is a verb, not a noun.”

‘Let’s Do It:’ Alzheimer’s Patient Asks Wife to Marry Him After Falling in Love for a Second Time