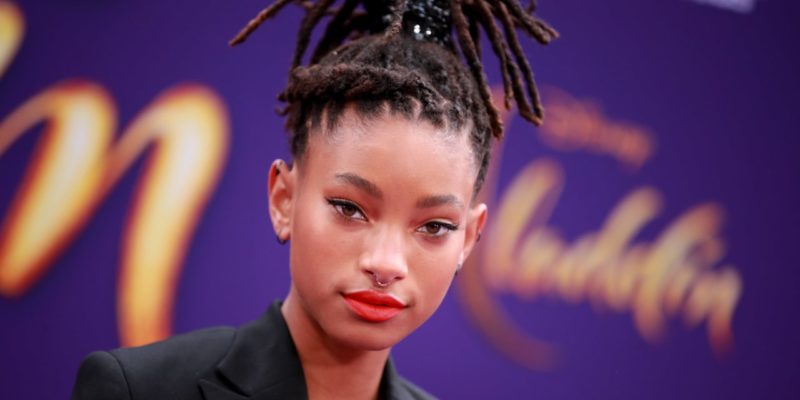 We all know that Willow Smith‘s been wearing her head in a close-cropped buzz cut recently — and that she even convinced mother Jada Pinkett-Smith to do the same — but apparently, the process of getting said haircut was way cooler than we ever could have imagined.

On July 16, the singer released a concert documentary movie via Facebook in celebration of the release of her new album Lately I Feel Everything. To close out the show, Willow performed a rock rendition of her 2010 song “Whip My Hair,” taking a quick interlude to casually sit down and have her head shaved in its entirety while shredding some backup guitar. Once her transformation is complete, the song abruptly ends as she looks upward to reveal the new look. If you already thought she was too cool for this world, wait until you get a load of the clip itself, which begins around the 46-minute mark in the video below.

First of all, I just need to get this out the way: guitar-heavy “Whip My Hair?” Complete banger. Second, let’s take a beat to talk about the fact that this woman is effortlessly playing that guitar with electric clippers right next to her face — that’s gotta be way harder than she makes it look.

Most importantly, this head-shaving moment doesn’t seem at all like it’s just about getting a haircut in a really unexpected way — that’s due to the specific song choice. Willow has discussed how her early days as a viral performer significantly and negatively impacted her mental health and her relationship with the rest of the Smith family, so for her to reimagine this song in a way that feels genuine to her current self is special in and of itself.

In this case, the shaving of Willow’s afro could be symbolic of letting go of the past, breaking free of the public’s expectations, and grandeur metamorphosis, among plenty of other things she’s faced as someone who’s been in the spotlight from the moment she was born. Just goes to show that sometimes (and especially for Black women) hair is about more than just the hair itself. Now we’re looking at the performer’s hairstyles with even more admiration than before.

Now, watch someone get The Big Chop for the first time:

Can Alpha-GPC Make You Stronger and Smarter?

High-Bar vs Low-Bar Squats: Which Is Best for Strength and Hypertrophy?