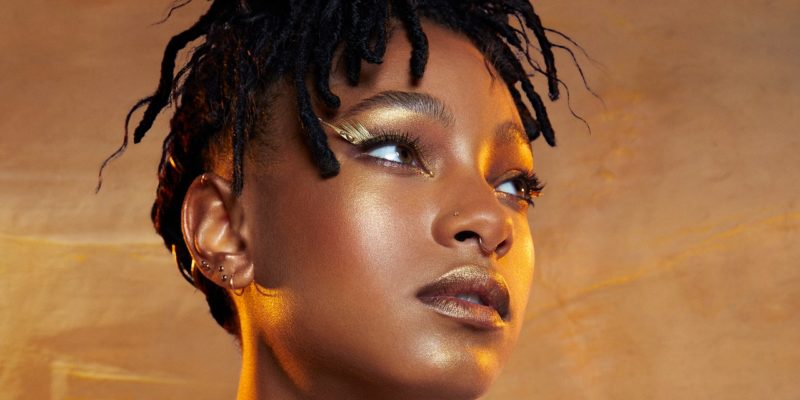 WS:  [I Love Dr. Jart+]. The moisturizing face masks are my everything. I’ve been implementing that into my skin-care routine at least twice a week.

ALLURE: I also want to talk a little bit about your band, The Anxiety. Y’all have been getting a ton of buzz. When I was a teenager (a long time ago!), I was super into emo. Seeing you give that alternative rocker aesthetic… I wish I had this representation in 2004!

WS: My mom and the main singer of Straight Line Stitch were the only two Black women that I ever knew who were singing rock music. Oh! and Fefe Dobson. Those three were the only ones and we need more than three!

ALLURE: Especially in a genre that really comes from us.

ALLURE: It’s interesting how we sometimes relinquish some of the stuff that we create. Who says Black girls don’t do rock and roll? Look at Tina Turner. Tina Turner specifically, was like, I want to do rock music, because that is what I do.

Seeing someone who looks like you making this music — I really think that a lot of girls are feeling seen and feeling more open and inclined to embracing that part of themselves. The rock-and-roll aesthetic is fun. That shit is so cool.

WS: It’s so much fun and everyone should be able to live their best rock-and-roll life. No one should be barred off from that, because of the color of their skin or the texture of their hair or whatever it may be.

Fragrance fans, check out these stories:

The Best “Push Pull” Workout Routines for Building Your Chest, Back, and Arms