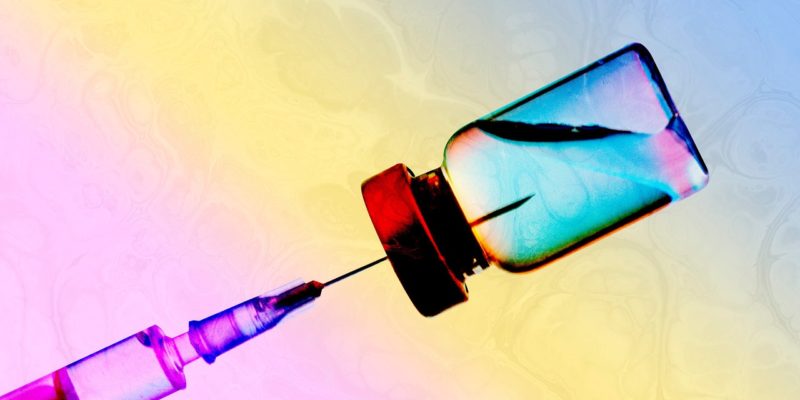 If ever your filler behaves oddly, call your doctor right away. “We can get you through this,” Hausauer says. When swelling doesn’t subside on its own within a few days, oral antihistamines and steroids, which tamp down inflammation, are generally first-line treatments. There has been some debate, however, as to whether or not giving systemic steroids on the heels of vaccination could potentially dampen the vaccine’s efficacy. According to Edward Charles Jones-Lopez, an infectious disease specialist with Keck Medicine of USC, there isn’t data to definitively answer this question — but he speculates that “the amount of steroids you would use in these situations is not high enough or prolonged enough to really change the vaccine’s response.”

Jones-Lopez adds, for the record, that swelling, however unwelcomed, is “a good sign that the patient is developing antibodies against the vaccine.” In fact, like vaccines in general, both COVID-19 vaccines are known to be reactogenic — meaning that, as they stimulate the immune system and begin to work, they produce symptoms, “ranging from local, mild injection site arm pain, redness, or swelling to systemic fever, lethargy, and muscle aches, all of which usually resolve by five to 10 days, with most actually resolving in three to five days,” explains Cohen.

If puffiness around fillers is especially persistent or dramatic, doctors may inject an enzyme called hyaluronidase to melt the gel. This shot works for HA fillers only, however, and cannot dissolve Sculptra or Radiesse.

Munavalli also believes that rapid-acting, low-dose ACE inhibitors, commonly used to control hypertension, can limit or halt facial and lip filler swelling following COVID-19 vaccines. “We tried the drug in two people, both dermatologists who recognized the inflammation pretty quickly, and it completely stopped the reaction within six to eight hours.”

A quick word about toxins, because injectables are so often conflated, and doctors want to be crystal-clear on this point: Neurotoxins, which temporarily weaken muscles to smooth wrinkles, have not been implicated in COVID-provoked swelling. This issue pertains only to dermal fillers, largely because “they’re an injectable implant of sorts — they’re space-occupying and stay in your body for a protracted amount of time,” says Devgan. Toxins, on the other hand, don’t linger. “They do their thing — chemically altering the action of neurotransmitters — and dissipate away.”

Ask your doctor how best to coordinate fillers and vaccines

“Vaccines and fillers are not mutually exclusive,” Hausauer reiterates. If you have fillers in your face, you can absolutely still get the COVID-19 vaccine. As the ASDS spells out in its statement, “Given currently available data, patients already treated with dermal fillers should not be discouraged or precluded from receiving vaccines of any kind. Similarly, patients who have had vaccines should not be precluded from receiving dermal fillers in the future.”

After Facing Extinction, This Midwestern Bird is Now Soaring Off Endangered Species List