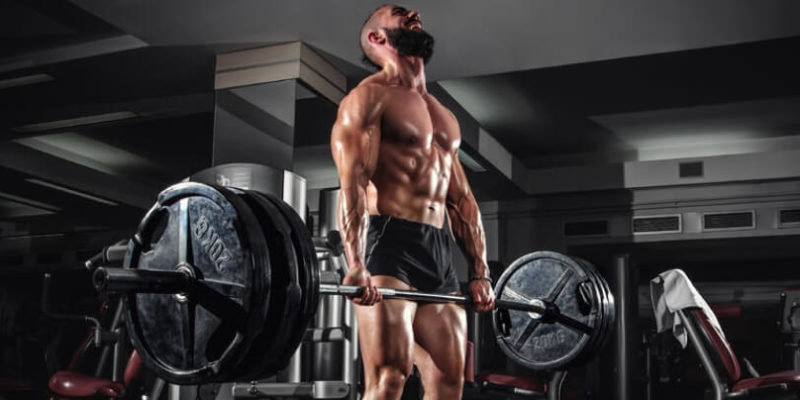 Everyone seems to have a different opinion on the best workout split.

Some people claim that the traditional bro workout split method of training one major muscle group in each workout is optimal.

Others decry the body-part split, as it’s also known, however, and beat the drum for something else, like the full-body split or upper/lower split.

Still others disagree with all of that and are convinced that you should organize your training around “movement patterns” or some other feature or factor.

Separating the sheep from the goats can be difficult, too, because you can find “sciencey” explanations for many of these assertions.

The main problem, however, is that all of these opinions focus on brushstrokes instead of the big picture.

The fact is that there is no such thing as a “best,” “perfect,” or “optimal” workout split for everyone. Instead, there are many workable and worthwhile options to choose from, and which workout split is “best” for you depends on your circumstances, preferences, and goals.

What Is a Workout Split?

A workout split refers to how your workouts are organized in terms of which exercises you do and which muscle groups you train in each session.

For example, a push pull legs workout split divides your training into workouts that train your push, pull, and leg muscles.

Full-body workouts train many different muscle groups at once (though usually not all, despite the name).

And many powerlifting workout splits organize your workouts around the squat, bench press, deadlift, and their many variations, as the primary goal of powerlifting is to improve your one-rep max on these exercises.

Here’s the problem with trying to suss out the “best” workout split:

Ultimately, it isn’t a workout split that drives muscle growth—your biceps don’t care if they get trained in an “arms,” “pull,” or “upper-body” workout.

For example, if your goal is to maximize the development of your upper body muscles while still growing your lower body, the best workout split for you will look very different than if your goal is to compete in a powerlifting competition (which requires tremendous lower-body strength).

There are other factors to consider when choosing a workout split, too, such as other demands and obligations in your life, training experience, and personal preferences, etc.

By far, the biggest determinant in what kind of workout split is best for you depends on your goals.

For instance, if you’re like most guys, your goal is probably similar to the one I just outlined—a lot more upper-body muscle and strength, with enough lower-body development to maintain good proportions—and you probably also care about staying injury free and highly engaged in your home and work life.

And if you’re like most gals, then you’d probably be happiest developing your derriere and legs, while giving your upper body enough attention that your arms and shoulders look defined and athletic.

To do all of that, you don’t have to follow one particular workout split, but you must follow a few non-negotiable training tenets, such as:

While many workout splits will do the trick, some make this easier than others.

For example, body-part splits often make it difficult to train a muscle group more than once per week, which is a good idea if you’re trying to maximize the growth of that muscle group.

Many full-body workout splits suffer from the opposite issue, overdeveloping some muscle groups and underdeveloping others (at least relative to what people want).

And while push pull legs and upper lower splits tend to strike a good balance for most people, the devil is in the details. That is, one push pull legs split could involve very different exercises, reps, weight, and volume than another, which can drastically change your results. A properly designed bro split could be far superior to a mediocre upper lower split, for instance, and vice versa.

While it’s comforting to think that picking a particular workout split will put you on the high road to muscle or strength gain, this is much like pinning your hopes for a better future on a particular job title. Being a lowly “sales rep” at one company might be a much better fit for your needs and wants than a lofty “CEO” at another.

It’s much the same with workout splits: the label isn’t what matters so much as doing the right exercises with the right amount of volume, intensity, and rest.

All of that said, it’s also true that many people have similar goals, preferences, and backgrounds, and thus can often do well on the same program. In other words, you don’t necessarily need a custom training program that’s perfectly optimized for your particular state of affairs (though if you do, I can help you out there as well 🙂).

If you’re new to lifting weights and looking for a workout split that suits the vast majority of people’s needs and preferences, then check out the following:

As I mentioned a moment ago, these programs are mixtures of the push/pull/legs and upper/lower splits—essentially a push/pull/legs routine with extra chest, arms, and shoulders for men and glutes, legs, and arms for women.

This scheme works extremely well for people new to proper strength training, but you should know that it may not always be the best way for you to train, especially if you want to get as big and strong as your genetics will allow.

Can DNA Testing Help You Achieve Your Fitness Goals Faster?