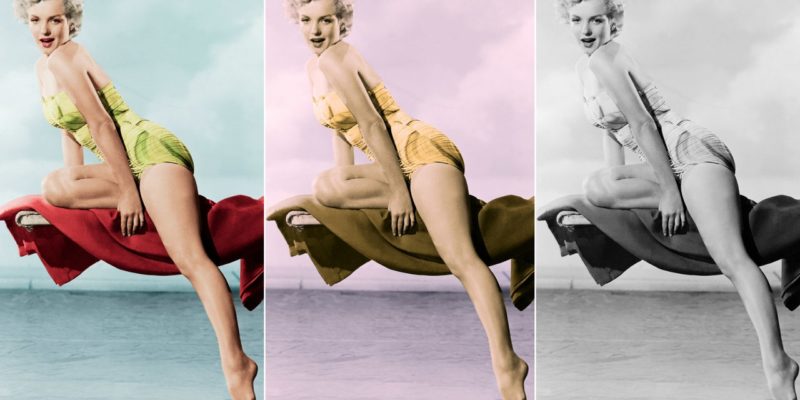 Alex stood in front of a mirror observing himself. “What color?” he inquired of no one in particular. He stared at his reflection a little longer before repeating the question: “What color?”

Alex was a gray parrot purchased from a pet shop by psychologist Irene Pepperberg in 1977. To date, Alex is perhaps the only animal to ask a seemingly existential question. (The feathery genius, whose name is short for “avian learning experiment,” learned that the answer was “gray” after being told six times.)

Typically, of course, colorcentric ponderings are unique to humans, and the queries are endless: Is the blue you see the same blue that I see? And how do you describe blue to someone who’s never observed it? For most, these debates arise only in Philosophy 101. For color-blind people, though, this line of questioning is lifelong and impacts everything, whether it’s navigation, doing home repairs, makeup application, or choosing an outfit.

Color blindness, a trait most commonly caused by a mutation on the X chromosome — meaning you are much more likely to have it if you were assigned male at birth (a one in 12 shot, versus one in 200 for those assigned female at birth), particularly if you’re of Northern European ancestry — is shrouded in myths and misconceptions. The big one: All color deficiencies are roughly the same or manifest as a gray-scale view of the world. Actually, those with color blindness still usually see plenty of color, they just experience it differently.

Greens may appear muted. “Reds may look greenish or green may look brownish,” says Muriel Schornack, an optometrist with the Mayo Clinic. Other colors — blue and green, yellow and red, purple and red — may be tricky to distinguish, or completely unidentifiable. A complete or near-complete absence of color, called achromatopsia, is rare, affecting just one in 30,000 people; but on the tiny Micronesian island of Pingelap, this rate skyrockets to as much as 10 percent of the population. Remember how we said it was genetic?

But biology is not the only contributor. A pair of identical twins would almost certainly possess the same form of color blindness, but a life’s worth of experiences could mean they see color differently every day. “Genetics [only] allow us to predict what somebody is able to see under controlled circumstances, like in a laboratory,” says Robert B. Hufnagel, an ophthalmic genetics clinician-scientist at the National Eye Institute.

From Tolerance to Appreciation | DailyGood