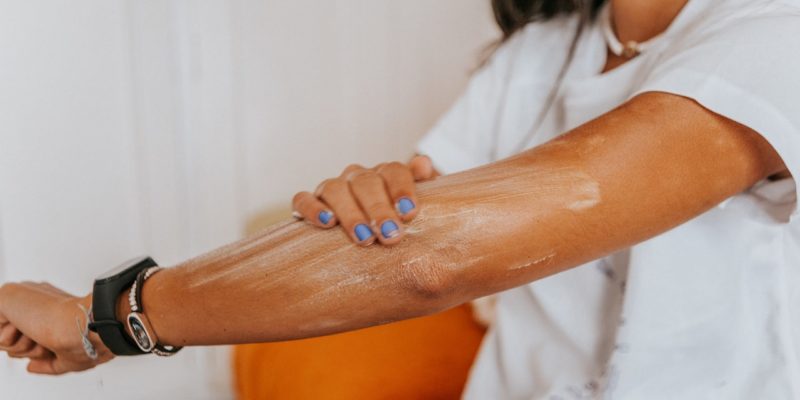 “I’m not worried about trace amounts of benzene,” says New York City-based dermatologist and assistant clinical professor at Yale School of Medicine, Macrene Alexiades, who also sits on the editorial board of the Dermatologic Surgery Journal. “What I am worried about is when you’re talking benzene levels of six to nearly seven percent. That is very worrisome and very carcinogenic,” she says, particularly because benzene is a very volatile solvent, “which means these types of organic compounds penetrate your cell membrane very quickly and easily, so if you have it on the skin surface, it 100 percent is cutting right through your skin into your bloodstream.”

Chemistry professor Joe Schwarcz, director of the Office for Science and Society at McGill University in Montreal, told the Washington Post earlier this month that he estimates applying one application of a sunscreen with the highest level of benzene found in the Valisure study would be about the equivalent to half of the amount of benzene you’d get from breathing city air for a day. He also noted that, due to its volatility, benzene evaporates quickly, “so when you put it on your skin, I suspect most of it will evaporate before it has a chance of being absorbed.”

Be wary of contamination theories.

Each of the dermatologists and scientists that Allure spoke to for this story believed that all signs from the study point to an accidental manufacturing contamination, not some nefarious, cost-cutting tactic with carcinogens.

Reassuring? Not really, according to Ron Robinson, a cosmetic chemist and CEO of BeautyStat, because it begs the question (which will, of course, spur even more questions): How did it get there? “The short answer is: we really can’t be sure, and you can’t make blanket rules or assumptions as to how this happened, other than looking at facts,” says Avram.

“We all agree that it shouldn’t be there. And the question is: If that’s the case, how did it get there?”

At this point, we have more questions than answers, and contamination theories rather than facts. What we do know is that, even within the same brand, some sunscreens were found to contain benzene while others were not. That’s why the batch numbers noted in the study are key: It means that the same sunscreen from a different batch may not contain benzene, and can help consumers determine whether or not the sunscreens they own were included in the Valisure findings.

In the March discovery of benzene in some hand sanitizers by Valisure, the FDA provided a statement to Bloomberg News that said, “The agency reminds manufacturers, distributors, repackagers and importers they are responsible for the quality of their products and urges manufacturers to test their ingredients to ensure they meet specifications and are free from harmful contamination.” In that emailed statement, spokesman Jeremy Kahn added that retailers should remove products if they have concerns with quality.