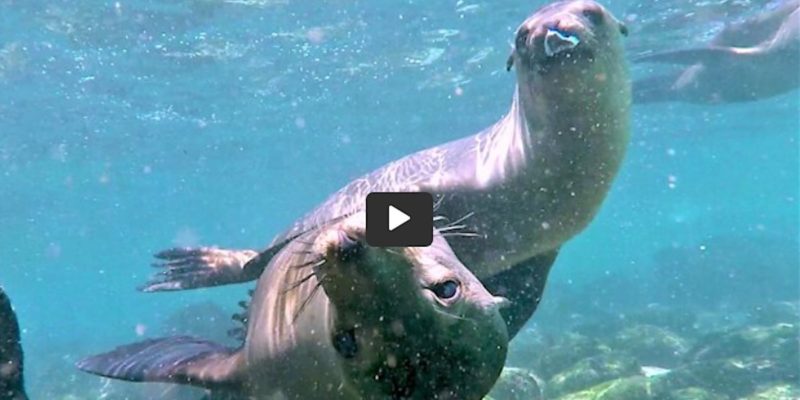 
The divers were beyond excited when a group of young sea lions appeared in the water and surrounded them for a curiously wonder playtime.

The beaches and rocky shores of the Galapagos Islands are home to many sea lions, and the large animals often look and act like our adorable canine companions who are referred to as “sea lions” or “sea pups.”

Adult sea lions are not very interested in humans, the males are especially territorial, weighing more than 300 pounds (150 kg). They can appear quite grumpy if they get too close to them.

But juvenile sea lions are curious, fun-loving creatures that will investigate anything interesting in the water.

Notice how these cubs suddenly surround a couple who were swimming. They were fascinated by the pair of humans who captured their antics with an underwater camera.

The pair dove and roll, trying to imitate sea lions and engage them in a game. The camera also captured the sounds of the animals as they bubbled and communicated, as they gracefully swam in circles around Kristy, who was delighted to join their wild water ballet.

SHARE the fun and make your friends smile on social media …