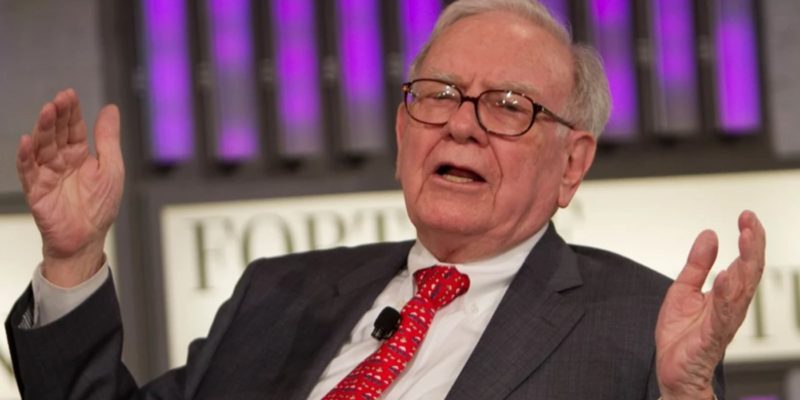 
On Wednesday, philanthropist and investor Warren Buffett announced that he would donate $ 4.1 billion to various charitable foundations.

The seventh richest person in the world explained how in 2006 he pledged to distribute all of his Berkshire Hathaway shares, more than 99% of his net worth, to philanthropy. With his latest distribution of $ 4.1 billion, he’s already more than halfway there.

Buffett expresses his generosity simply: “For many decades I have accumulated an almost incomprehensible sum just by doing what I love to do. I have not made any sacrifices and my family has not. Compound interest, a long runway, wonderful partners, and our amazing country have just worked their magic. Society has a use for my money; I do not.”

He state“A form of philanthropy far more admirable than mine involves the dedication of time and personal effort. I’ve done little of that. Those who give their love and time to directly help others — perhaps by adding a monetary gift that forces them to forego the purchase of something meaningful for their own use — are the heroes of philanthropy. The United States has millions of such donors.

CHECK: MacKenzie Scott has donated another $ 2.7 billion to 286 charities

“These people are not recognized whether they are mentoring the youth, helping the elderly, or spending precious hours improving the community. They don’t have buildings named after them, but they quietly make those establishments (schools, hospitals, churches, libraries, whatever) run smoothly to benefit those who have been given the short straws in life. “

Buffett joined the exclusive club of people worth more than $ 100 billion in March, after Berkshire Hathaway shares rose to historic levels in 2021.

Although some of the advice in Buffett’s latest statement is directed at only a few, it is still wise and worth paying attention to: “After much observation of super rich families, here is my recommendation: Leave the kids enough so that they can do anything but not enough that they cannot do anything.

“I am delighted that my three children, now in their 60s, are engaged in philanthropic endeavors that involve both money and time. Most importantly, they are happy to be involved in helping others. They have their mother’s genes. “

Co-founder of the Giving Pledge, which encourages the super-rich to give away their wealth, the billionaire businessman ends his latest release on a hopeful note: “America’s best days are certainly ahead.

“What has happened here since 1776 has not been a historical fluke. Philanthropy will continue to match human talent with financial resources. So will business and government. Each force has its particular strengths and weaknesses. Combined, they will make the world a better place, a much better place, for future generations. “

SHARE the generosity: send this story to your friends …