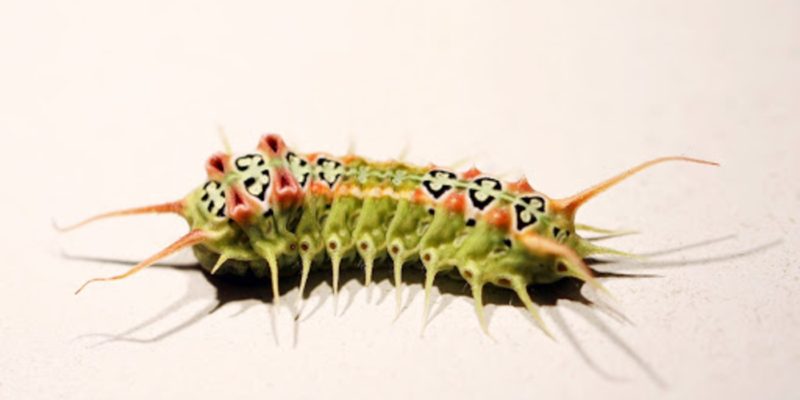 
Venom from an Australian caterpillar looks promising for use in medicine and pest control, the researchers say.

The Doratifera Shot it is common in much of south east Queensland and is commonly found in Toohey Forest Park on the south side of Brisbane.

Dr. Andrew Walker from the Institute for Molecular Bioscience has been researching the striking-looking caterpillar since 2017.

The poisonous caterpillar has a strange biology

“We found one while collecting killer bugs near Toowoomba and its strange biology and pain-causing venom fascinated me,” Dr. Walker said.

Unlike The very hungry caterpillar That enchanted generations of children around the world, this caterpillar is far from harmless.

Dr. Walker’s research found that the caterpillar has poisonous toxins with a molecular structure similar to those produced by spiders, wasps, bees, and ants.

The research also uncovered a source of bioactive peptides that may have uses in medicine, biotechnology, or as scientific tools.

“Many caterpillars produce poisons that cause pain and have developed biological defenses such as irritating hairs, toxins that make them poisonous to eat, spots that mimic snake eyes, or thorns that inject liquid poisons,” said Dr. Walker.

“Previously, researchers had no idea what the venom contained or how they induced pain.”

“We found that the venom is primarily peptides and shows astonishing complexity, containing 151 different toxins based on proteins from 59 different families.”

The team of researchers synthesized 13 of the peptide toxins and used them to show the unique evolutionary trajectory the caterpillar followed to produce a pain-inducing poison.

“We now know the amino acid sequences, or blueprints, of each protein-based toxin,” Dr. Walker said.

“This will allow us to produce the toxins and test them in a variety of ways.”

Poison that can kill bacteria

Some peptides already produced in the laboratory as part of Dr. Walker’s research showed very high potency, with the potential to efficiently kill nematode parasites that are harmful to livestock, as well as disease-causing pathogens.

The research is published in the Proceedings of the US National Academy of Sciences, and “opens a new source of bioactive peptides that may have use in medicine, through the ability to influence biological processes and promote good health,” he said.

MORE: Paramedics in the UK have a new teammate: a robot that performs CPR on them

Potential for drugs and pesticides

“First, we have to find out what the individual toxins do to inform us about how they might be used.” We will keep you posted on this poison which may well be a cure as the research unfolds.

Fountain: The University of Queensland Australia

(MEET UP this caterpillar in the video below).

From Working At McDonald’s To Competing At The Olympics, This US Track Youngster is Living American Dream

5 Ways Gratitude Can Help You Focus on the Present