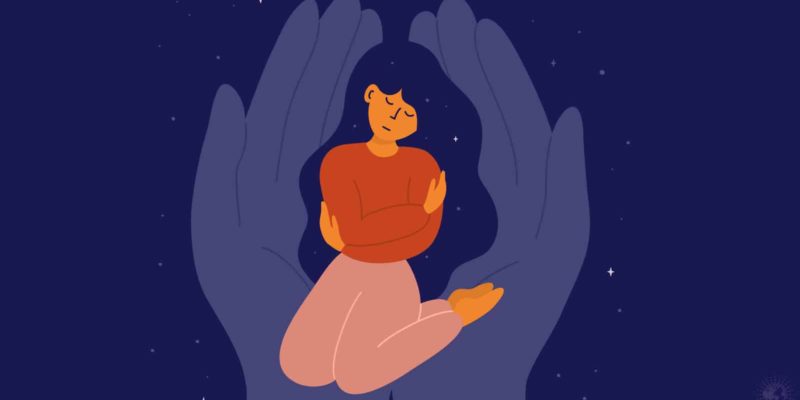 
In a new study from the UK, researchers have found that teaching children empathy enhances their creativity. The findings come from a one-year study at the University of Cambridge with ninth-year Design and Technology (D&T) students (ages 13-14). The investigation involved students from two different schools in London.

Those in one school followed the lessons from the curriculum, while the assignments in the other group came from engineering design thinking tools. These studies helped students think more creatively to solve real-world problems while fostering empathy.

Both groups underwent assessments for creativity at the beginning and end of the year. The researchers used a renowned psychometric test to measure creativity, the Torrance Test of Creative Thinking. At the end of the year, the test showed that students’ creativity increased dramatically for the group that learned the tools of thinking.

About the study of creativity

The researchers also used the Torrance test to measure the emotional and cognitive empathy of both groups, ranking them by “emotional expressiveness” and “open-mindedness.” Students in the intervention school scored much higher in these categories than the control group that learned a standard curriculum. This indicates that their increased empathy had a huge effect on creativity scores.

The study authors suggest that empathy not only enhances creativity, it can also help students learn more effectively. Surprisingly, they found that the D&T course at the intervention school helped boys and girls learn from new perspectives. For example, the children had a 64% increase in emotional expression at the end of the year than at the beginning. Girls had a 62% increase in perspective taking, a sign of improvement in cognitive empathy.

How the researchers conducted the study on creativity and empathy

This research is part of a long-term collaboration between the Faculty of Education and the Department of Engineering at the University of Cambridge. They have called the project ‘Designing Our Tomorrow’ (DOT), led by Bill Nicholl and Ian Hosking. The collaborative effort encourages students to find solutions to real-world problems by considering the thoughts and feelings of others.

This particular challenge asked students in the intervention school to create an asthma treatment ‘package’ for children under the age of six. The researchers gave the students different creative and empathetic ‘tools’ to complete the challenge.

For example, the team showed students data on the number of deaths from childhood asthma in the UK. They were also shown a video of a little boy in the middle of an asthma attack. Then the students gained perspective on the problem. Finally, they tested their ideas by playing roles as patients, family members, and healthcare workers.

“Teaching empathy has been problematic despite being part of the National D&T Curriculum for more than two decades. This evidence suggests that it is a missing link in the creative process, and vital if education is to encourage the designers and engineers of tomorrow. “

Dr. Helen Demetriou, an affiliate professor of psychology and education in the College of Education with a focus on empathy, was also involved in the study.

She said: “We clearly awaken something in these students by encouraging them to think about the thoughts and feelings of others. Research shows not only that it is possible to teach empathy, but by doing so, we support children’s development. creativity and its broader learning. “

What the children learned from participating in the study

The researchers also conducted in-depth interviews with students from the intervention school and an all-girls school as part of the study. Students from the third school also participated in the asthma challenge. These interviews reinforced the fact that the students had deeply identified with the struggles of the children with asthma. Her empathy for the children enhanced her creativity and decision-making process in the classroom.

Many students said that they put themselves in the shoes of the children or tried to see things from their perspective. During the role-play exercises in which they talked about the patients and their families, they felt a deep feeling for the children.

One boy told the research team:

“I think at the end of the project I could feel for people with asthma … if I were a kid taking inhalers, I’d be scared too.

Let’s say you had a sister or brother in that position. I’d like to do something like this so I can help you. “

In their conclusion, the authors say that these findings reveal the need to foster “emotionally intelligent students” in classrooms around the world. This becomes even more important when considering new studies that have shown that empathy declines with age.

“This is something to think about, as curricula, in general, are increasingly based on exams,” Demetriou said. “Good grades are important, but for society to prosper, creative, communicative and empathetic people are also important.”

Nicholl added: “When I taught Design and Technology, I didn’t see children as potential engineers who would one day contribute to the economy; they were people who needed to be ready to go into the world at 18 years old. Teaching children to empathize is about building a society in which we appreciate the perspectives of others. Surely that is something we want education to do. “

In this groundbreaking study, researchers found that a comprehensive program helped students think more creatively. A key component of these lessons was the idea of ​​empathy or being able to relate to the perspectives of others. The study showed that children’s creativity dramatically improved under this program. Researchers hope that one day, empathy will become part of the curriculum everywhere.

10 Things That Happen to Your Body When You Quit Vaping