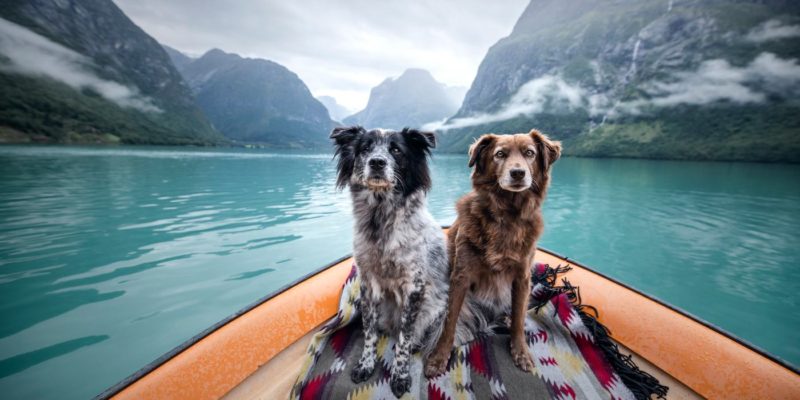 
The astonishing lives of two rescued stray dogs who travel with their owner on trips across Europe have been captured in a series of stunning photographs.

Finn and Yuri were taken off the streets of Romania by photographer Anne Geier, where they faced being abused or placed in a shelter.

Now Anne and her two little dogs enjoy traveling to some of the most spectacular places in Europe in their VW T4 camper van.

On her latest adventure with her two loyal canine companions, Anne spent two weeks touring the mountains and fjords of Norway and documenting her journey with her camera.

PLUS: Stray dog ​​kept sneaking into a dollar store for a stuffed unicorn – now he and the toy have a new home forever

The result is an impressive series of beautifully crafted portraits.

In the photos, you can see the two dogs in a landscape of crystal clear lakes, snowy peaks and misty forests.

Anne, who lives in Tauplitz in Austria, said about life in a van with her best friends: “It’s perfect, we can go where we want and when we want… [and] I think moving from hotel to hotel every few days would be too stressful.

He said that as a group they have been to South Tyrol, Switzerland, Italy and Germany and of course Austria and Norway.

Finn, a fox-terrier and Labrador cross, was adopted by Anne in 2014 and joined by Yuri, an Australian cattle dog / border collie cross, in 2017.

Together, they are the perfect companions for each other, don’t you think?

HELP this story travel: share it with your friends …

Ikea Buys 11,000 Acres of Georgia Forest to Save the Trees

Earth is Safe From Asteroid for 100 Years