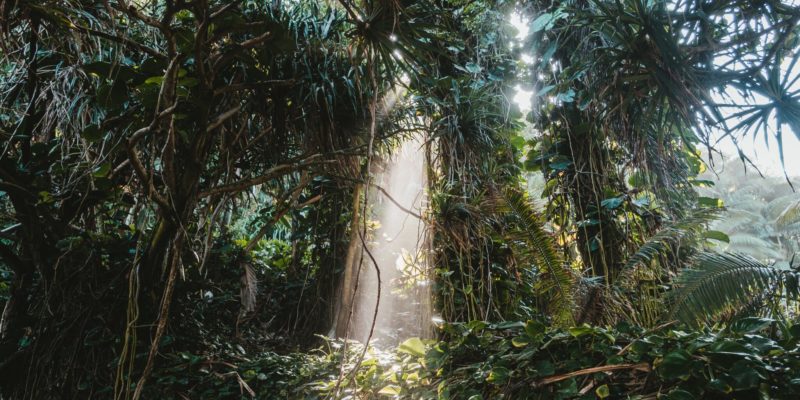 
A landmark ruling by the Supreme Court of Panama has ceded much of Central America’s largest natural reserve to indigenous land claims.

The Naso tribe will share the responsibilities of managing 400,000 acres of land within La Amistad National Park and the Palo Seco Nature Reserve after the court granted them authority to create a region: a semi-autonomous tribal royalty, in both parks.

The Naso live in small villages in northwestern Panama, where they practice subsistence agriculture and maintain their own forests, language, and culture.

During the 20th century they were awarded to various Panamanian tribal groups regions, including the Guna on the Caribbean coast, the Embera, and the Wounaan peoples.

As a country of deep tropical forests, the biological diversity of Panama has been safeguarded during much of the Industrial Era through the administration and legal rights of its almost half a million indigenous people, who through their counties exercise legal authority for the preservation of forests, for which the government helps them with public funds.

However, the Naso only number 3,500 and are located within the most important forest in the country, La Amistad, which was consecrated as a World Heritage Site by UNESCO in 1983.

Home to great biodiversity, La Amistad is largely unexplored by science. Situated in an important biological corridor, through which species from North and Central America mix with those from Colombia just to the south, La Amistad contains five species of big cats and hundreds of birds, including the resplendent quetzal, a place for many Mesoamerican mythological beliefs. .

“This is an act of justice that will restore tranquility to the Naso by securing our land,” says the King of the Naso, Reynaldo Santana.

“We will be able to continue with what we know best and what our culture and way of life represents: taking care of our mother earth, conserving a majestic forest and protecting the country and the planet from the effects of climate change.”

The ruling, which was made in October, comes at a time when the land of the small tribe was being almost attacked by farmers and ranchers, who due to the lack of law enforcement in the park, rarely suffer consequences for deforestation.

Powerful business interests, a lack of political will, and the government’s utter lack of law enforcement capacity meant that for 50 years, the Naso have been largely left to their own devices.

“Without the comarca people can come here and do whatever they want, ”said a Naso villager, Lupita, saying Land Rights Now. Lupita, a mother of four, remembers a time when her parents talked about having a region when she was a child.

RELATED: Amazonian tribes are excited about the use of drones to detect illegal deforestation in the Brazilian rainforest

It was in 2000 that lawmakers stopped issuing new regions, instead, shift to village-based lands with smaller claims and less autonomy. However, not letting the good be the enemy of the perfect, the Naso continued to challenge until they were rewarded with their royalty.

CHECK OUT: Huge indigenous solar farm opens in remote northern community: ‘We work with the sun for the children of the future’

A statement The Rainforest Foundation US, which provided significant help to both the Naso’s legal challenge and deforestation-fighting capabilities, described the ruling as “deeply gratifying to see those investments pay off in this historic victory, which will ensure the rights of the Naso and other indigenous peoples in Panama “.

Michelle Obama’s Hairstylist Wants to Give You Business Classes