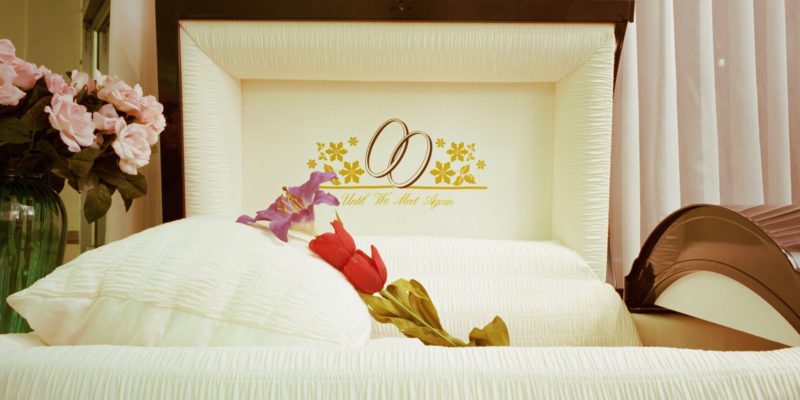 Death terrifies me for a multitude of reasons. You could probably fill in the blanks with fears of your own. Morticians on TikTok are trying to alleviate that fear and replace it with knowledge and understanding of their professions. With their mastery of human anatomy, sculpting, and makeup artistry, morticians and funeral directors prepare people for their final moments above ground.

Some simply call their trade: death care or post-mortem care. We like to call it mortuary makeup. In the industry, it’s referred to as restorative arts, which, can be defined as “the care of the deceased to recreate natural form and color,” says Heather Taylor, who works at a funeral home and assists with teaching a sculpture and makeup restorative arts class at the Pittsburgh Institute of Mortuary Science.

Although embalming chemical companies manufacture makeup specifically for post-mortem use, several morticians prefer to reach for over-the-counter cosmetics, says Taylor, who is also known as BeforeTheCoffin. “The funeral industry is very demanding, so you may often need to find a matching shade or tone from a local drugstore, among many other things,” she adds.

One funeral director, in particular, Eileen Hollis, is a fan of Glossier products when beautifying the deceased before their viewings at Hollis Funeral Home in Syracuse, New York. This revelation made me wonder what other makeup morticians could possibly keep in their kits while on the job. Turns out, they swear by products that we love to adorn ourselves with while blood is still actively flowing through our bodies. Okay, that might have gotten too morbid for a second.

Taylor assures me the deceased are treated with dignity and respect throughout their time at the funeral home, “down to the very last setting spray for their final goodbye.” Typically, she does their makeup based on a photo given to her by the deceased’s loved ones.

Hollis even tells Allure that she often does the descended’s makeup with products from their makeup bag before placing it in the casket with them, so “they can have their makeup in the afterlife,” she says.

But when she’s not provided with their personal tools, Hollis goes with the Glossier and other products that she donated from her own makeup stash. Keep scrolling to find out her essentials, as well as that of Taylor and other morticians across America.