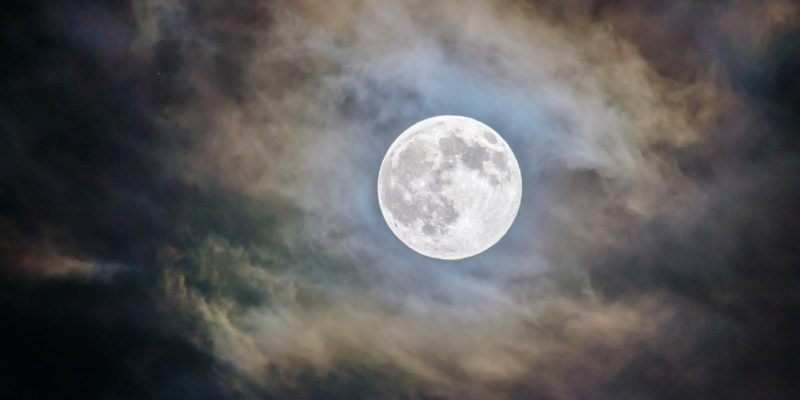 
Tomorrow night, look up into the sky just as the sun begins to set, and you will see the Moon glowing orange as it rises over the eastern horizon.

As the January Full Moon continues to rise Thursday night, that tangerine glow will fade to yellow and then white so bright it will hurt to look at it with the naked eye.

While there were 13 full moons in 2020, this year there will be 12 in total – including three supermoons: the pink full moon in April, the flower full moon in May, and the strawberry full moon in June.

The flower full moon will actually be a “Super Blood Flower Moon Total Eclipse”. That means, on May 26, if you’re on the west coast, you should see the lunar surface turn crimson for about 15 minutes.

January’s Wolf Moon, a name believed to have originated among the Algonquin people, is not known as such in all cultures. According to POT, worldwide it is also known as Candles Moon, Thaipusam Moon festival, Ananda Moon pagoda festival, Duruthu Poya, and Tu B’Shevat full moon.

For many, the full moon can be seen as an opportunity to start over, to look back at our choices and to make a new path.

SEE: Stunning Winners of the Northern Lights Photographer of the Year Contest

If you miss seeing the full moon on Thursday? It is not to worry. In reality, the Moon will appear to be full for about three days, from Wednesday morning until early Saturday morning.

(WATCH the Farmer’s Almanac video below to learn more about Wolf Moon.)

Howl the news of the January wolf moon to your friends …

Eco-friendly cleaning products: the probiotics that clean your home

Get Your Glow Up with Hollywood Beauty® Jojoba Oil