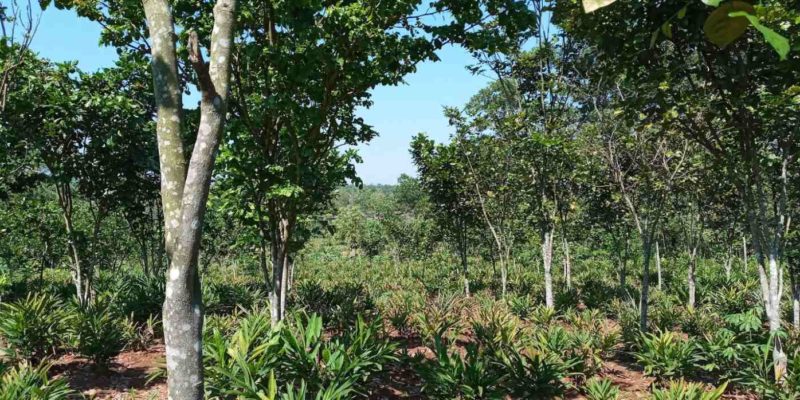 
Growing up in much of Asia, it is known by many names: such as Indian Beech, pongamia, karum tree, kranji, and malapari.

Pongamia pinnata is a member of the pea family that is being considered by Indonesian forestry experts for possible landscape restoration and the future of bioenergy.

A series of big challenges loom over the Indonesian archipelago of more than 17,000 islands, and the government has to find ways to restore 14 million hectares of degraded land to fulfill its promise to the UN, while developing green energy. sector worth 23% of total contributions to the network in just 5 years.

The country’s oil and natural gas reserves are projected to dry up by 2030, even as demand for energy, currently served by fossil fuels, is increasing.

Enter the pongamia tree – grows well on degraded or marginal lands in both wet and dry climates, it can be found from India to the west, just across Fiji in the Pacific. For centuries, its orange / brown seeds have been pressed into oil for leather tanning, soap making, wound healing, and more.

Indonesian Ministry of Forest and Environmental Research is studying pongamia for mass tree planting They believe that this special oil can be used to power a biomass energy revolution, as well as offering a new crop for local communities to prosper economically and even be used as food.

The trick to trying to plant all of these trees in rural areas is that they have to provide multiple benefits, for multiple parties, over multiple time periods. Trees that grow fast may not live long enough to affect long-term change within the soil, while trees that grow long and strong may be cut down by citizens because they produce nothing.

The trees that produce forest products may not support a functional ecosystem between them, or may not restore the land at all, but that is vital if 14 million hectares are to be renovated by the time of the Paris Climate Agreement targets. .

One more tree of life

Both the coconut and the baobab are honored by certain indigenous groups referring to them as the “tree of life,” and pongamia could also receive that honor.

One of the fastest growing trees in the Indonesian archipelago, it can thrive in arid and humid lands, from sea level to 1,200 meters above it. Degraded soil, such as that found on the edge of agricultural land, is very well adapted to pongamia and improves soil quality as it is a nitrogen fixer.

Modern extraction methods confirmed the oil’s potential as a biofuel crop, with a study finding 44% more oil per seed extracted than traditional methods. When combined with 5% gasoline, It can power diesel engines in vehicles without compromising performance. This is key as many of the most remote islands in Indonesia run on diesel generators.

MORE: For the first time in 170 years, Asia’s most missing bird is seen in Indonesia

The Center for International Forestry Research (CIFOR) is accompanying the Indonesian Ministry of Forestry in its research on pongamia, and one of its scientists, Budi Leksono, reports that trees can even be used as food, such as when the seeds are pretreated and Dried fruits can be turned into a nutritious flour.

“I haven’t tried it myself yet,” Leksono said. Forest News. “But in testing, everyone said it was delicious!”

CIFOR is working to see if pongamia plantations are suitable for abandoned mining sites and degraded peatlands, the latter being one of the most carbon-rich soils on the planet and ideal for capturing CO2 from the atmosphere. Recently, this was done in the province of Central Kalimantan in Borneo.

“We planted the trees a year ago and so far they are growing faster than other similar species,” Leksono said. “This suggests that they may be particularly tolerant of harsh conditions, and thus would be especially promising for the restoration and rehabilitation of degraded lands.”

Finally, another partner organization, the South Korean Forest Service, is looking at whether Pongamia can be grown alongside other agricultural staples such as coffee. The first step is to see how the roots grow and where, to see if others can peacefully coexist.

CHECK: The oldest known rock painting in the world has been discovered in Indonesia

It is a case study that sometimes a nation has to look to its past to solve the problems of the future.