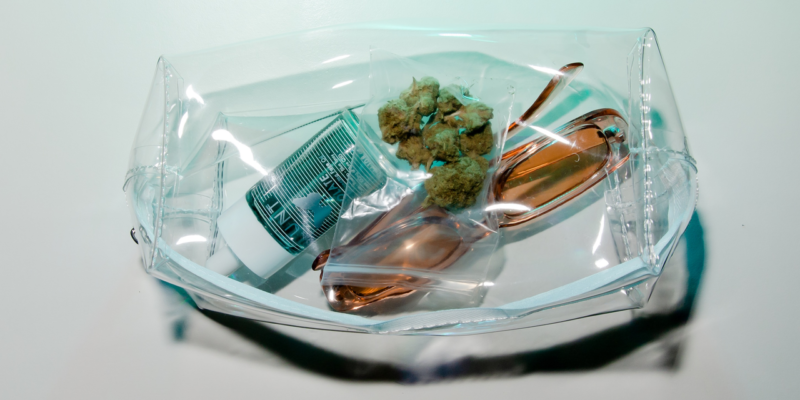 Cody Jorgensen, an assistant professor in the criminal justice department at Boise State University, describes the “War on Drugs” as a policy shift that “essentially encouraged law enforcement to take a harsher approach to drug enforcement.” That shift officially began under President Richard Nixon and ramped up during President Ronald Reagan’s term, Jorgensen says.

When the Controlled Substances Act was passed in 1970, marijuana was classified as Schedule I, “defined as drugs with no currently accepted medical use and a high potential for abuse,” alongside heroin and LSD. “From the very beginning of when we started formalizing our drug war in the United States, marijuana was seen as an integral part,” says Sheila Vakharia, who holds a doctorate in social welfare and is the deputy director of the department of research and academic engagement at the Drug Policy Alliance. “In the years that have passed, marijuana enforcement has become a disproportionate target for a lot of law enforcement.”

In 2019, roughly 15 percent of all arrests were drug-related, according to data from the FBI, ranking as the highest offense listed. More than 85 percent of those drug-related arrests were for possession, with marijuana accounting for the highest percentage. There is minority overrepresentation in those statistics, says Vakharia. According to a recent ACLU report, “on average, a Black person is 3.64 times more likely to be arrested for marijuana possession than a white person, even though Black and white people use marijuana at similar rates.” U.S. Immigration and Customs Enforcement data shows that in 2019, marijuana possession resulted in 1,823 people being deported, which averages to about five people per day.

“The question of equity, it was always there, but it’s becoming more evident how difficult it is to have those policies that can actually repair all the harm that was done by the War on Drugs.”

Furthermore, when a person is convicted of a drug law violation, it can have lasting, lifelong consequences, as noted by both Jorgensen and Vakharia. These can include losing child custody, exclusion from business licensing and credentialing, ineligibility to receive student loans, and denial of housing applications.

“I think it is personal for a lot of people,” says Stas Chirkov of the War on Drugs. Chirkov is the founder of cannabis skin-care brand, Blunt, one of the CBD beauty brands that have joined the Floret Coalition. “The question of equity, it was always there, but it’s becoming more evident how difficult it is to have those policies that can actually repair all the harm that was done by the War on Drugs,” Chirkov says. There is currently an effort at the federal level to decriminalize marijuana, called the Marijuana Opportunity Reinvestment and Expungement Act (MORE Act). If passed in the Senate (it’s passed in the House), it would remove marijuana from the schedules of controlled substances and establish a process to expunge convictions related to marijuana offenses.

By stufflovely
4 days ago
Uncategorized

By stufflovely
5 days ago
Uncategorized

has a nice looking store