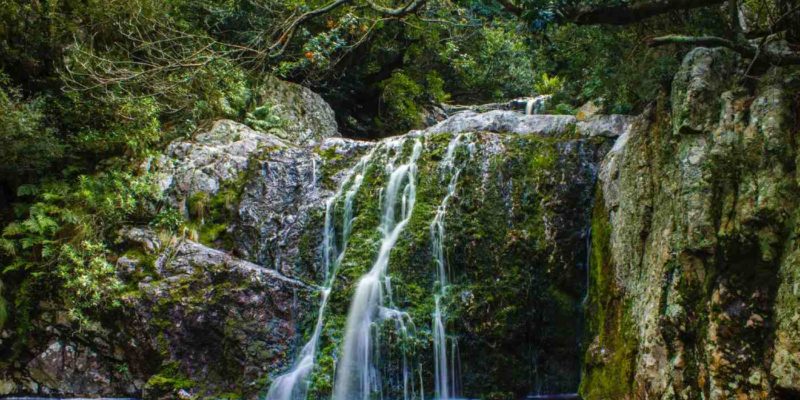 
Deforestation fell by 18 percent in two years in African countries where organizations signed up to receive alerts from a new service that uses satellites to detect declines in forest cover in the tropics.

Carbon emissions avoided by reducing deforestation were worth between $ 149 million and $ 696 million, depending on the ability of lower emissions to reduce the damaging economic consequences of climate change.

These findings come from new research on the effect of GLAD, the Global Land Analysis and Discovery system, available on the free, interactive Global Forest Watch interface.

Launched in 2016, GLAD provides frequent high-resolution alerts when it detects a drop in forest cover. Governments and others interested in stopping deforestation can subscribe to Global Forest Watch alerts and then intervene to limit forest loss.

They studied deforestation in 22 tropical countries in South America, Africa and Asia between 2011 and 2018.

Moffette and his co-authors set out to understand whether these kinds of automated alerts could achieve their goal of reducing forest loss, which has global climate implications. Changes in land use such as deforestation account for 6 to 17 percent of global carbon emissions. And avoiding deforestation is several times more effective in reducing carbon emissions than regenerating forests.

“The first question was to see if there was any impact from having access to this free alert system. Then, we analyze the effect of users who subscribe to this data to receive alerts for a specific area, ”says Moffette.

Simply being covered by GLAD did not help a country fight deforestation. Only those African countries where organizations had signed up to receive alerts saw a decline in deforestation. Intuitively, this finding makes sense, says Moffette. Having access to information is good. But what is needed to change the course of deforestation are people committed to using that information and taking action.

However, deforestation did not decrease in countries in South America or Asia, even where organizations signed up for warnings. There are multiple potential causes for this continental discrepancy.

“We think we see an effect primarily in Africa for two main reasons,” says Moffette. “One is because GLAD contributed more to the efforts in Africa than on other continents, in the sense that there was already some evidence of countries using monitoring systems in countries like Indonesia and Peru. And Colombia and Venezuela, which are a large part of our sample, had significant political unrest during this period. “

The GLAD program is still young, and as more governments and organizations sign up for warnings and decide how to intervene at deforestation sites, the influence of the system may grow.

Developed by a team at the University of Maryland that includes one of Moffette’s collaborators, GLAD made several improvements over its predecessors. It has a very high spatial resolution, approximately 900 square meters, which is orders of magnitude more accurate than older tools. And it can provide alerts up to every eight days if the skies are clear of clouds when the satellites reproduce a section of the Earth. Users can define custom areas to monitor. They then receive weekly emails, available in six languages, containing geographic coordinates of the alerts within the monitored areas.

RELATED: Amazonian tribes are excited about the use of drones to detect illegal deforestation in the Brazilian rainforest

Moving forward, the team seeks to assess the effect of new features of the monitoring platform, such as data that can inform forest restoration, while supporting the efforts of organizations trying to intervene to stop deforestation.

PLUS: 14 years ago the Amazon was being ravaged by soybeans, then everything changed when corporations joined activists

“Now that we know that alert subscribers can have an effect on deforestation, there are potential ways that our work can improve the training they receive and support their efforts,” says Moffette.

To Protect the Heart From Breast Cancer Treatment, Study Finds Statins Could Help