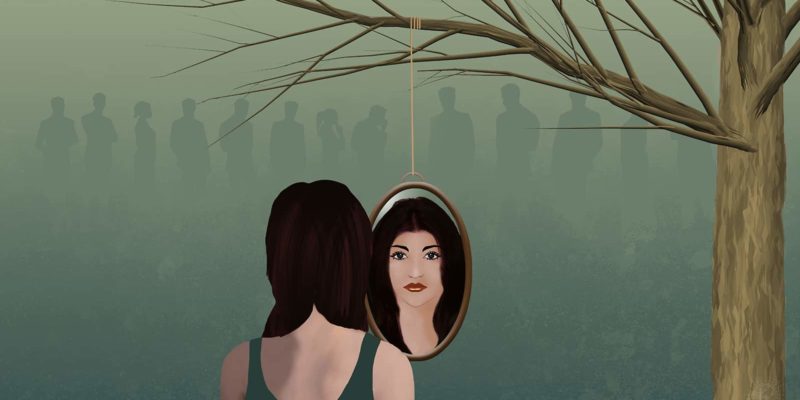 
Have you ever met someone so self-centered and self-absorbed that you have trouble managing interactions with them? Do you find that it feeds you on the toxicity of selfish people or do you react in such a way that it suits them? It is certainly a frustrating experience and it is not your fault that they are acting this way.

Unfortunately, you cannot avoid selfish people permanently. All you can do is learn to identify selfish traits, process them, and react appropriately to them. Naturally, however, this is much easier said than done, but not impossible. This is how therapists reveal the 5 best ways to deal with selfish people.

People are rarely black or white, and therefore rarely good or bad without intermediaries. People who behave selfishly should not be considered as individuals defined only by those specific traits. Instead, try starting with the power of understanding.

Psychoanalyst, psychotherapist and licensed clinical social worker F. Diane Barth states that understanding does not mean that you are letting a selfish person get away with toxic behavior. Instead, it’s about being able to detect that behavior, allowing you to respond more positively and proactively without wrong assumptions.

Here are some things Barth recommends doing to foster understanding before reacting, and some commonly studied social motivations that influence selfishness over more positive behavior:

Assumptions they are rarely accurate. It is not a good idea to assume that someone has bad intentions. Sometimes holding your tongue and watching for a moment will give you additional information that will change your first impression. Sometimes you can ask someone directly why they want something done, what their goal is, or what they want to say. Communication is always more effective than guesswork.

Someone’s perceived selfish behavior is rarely about you. It’s in the name of behavior: it’s selfishness. That person is focused on himself, and that is the reason why his actions are harmful to others; all they care about, at least for the moment, is them. Learning not to take your actions personally helps you detach yourself from the situation, allowing its negativity to affect you much less, and allowing you to see the situation with a clear mind of what it really is.

Put yourself in their shoes

Put yourself in the position of the person you perceive as selfish. You may know that you wouldn’t behave like them, but trying to see it from their perspective can give you insight into the roots of your actions. This will allow you to formulate a more effective response and action plan.

It is also worth noting that acts of selfishness do not make a person selfish. In fact, Dr. Leon F. Seltzer, someone who has a Ph.D. in psychology and runs a relevant private clinical practice illustrates a significant difference between being toxicly selfish and being reasonably selfish. Selfishness is a necessary trait for self-care, and no act is truly selfless anyway. As such, before dismissing someone as selfish, first consider: is he selfish or does he just put himself first as necessary for the moment?

People often gloat over IQ, but IQ is often just as important, if not more. Emotional intelligence dictates your ability to interact well with others, pick up non-verbal or social cues, and manage your emotions in healthy ways. Therapist, marriage counselor and life coach Dr. Lisa Marie Bobby highlights some facts to keep in mind about emotional intelligence.

Emotional intelligence is a spectrum. Some people have more and some have less. When it comes to selfishness, people may not realize what they have done; Studies have found that people often automatically and unintentionally misremember incidents in which they were selfish in favor of more positive views of themselves.

How harmful is low emotional intelligence

Low emotional intelligence almost always implies selfishness. This is because one of the most common symptoms of this is self-absorption, where you worry too much about your own wants, thoughts, needs and emotions and ignore those of others.

People with low emotional intelligence tend to come from environments where their needs, feelings, and opinions were dismissed, belittled, or not valued at all. On the other hand, highly empathetic individuals tend to have grown up with validation or respect for their emotions.

Truly compassionate and disinterested people they are often made, not born, as anyone can be taught to understand and appreciate the value of their own and others’ perspectives and needs. However, it is a difficult and often time consuming process.

Most people with low emotional intelligence are completely unaware that they are selfish. Many of them also do not easily pick up on the emotions of others in general, so they have not noticed signs that indicate discomfort or disdain on the part of others.

In other words, many selfish people are not 100% aware that they are selfish due to their low emotional intelligence. You have to accept that these people will be blissfully unconscious until they decide to accept the truth about their behavior.

You cannot control other people. You can really only control yourself. This is why it’s important to set clear boundaries when dealing with someone selfish. When you set limits, you are drawing a line for what you will and will not accept that is easy for you and those around you to follow.

Author and life coach Nancy Levin states that this practice ensures that you dictate what you are available for, your reactions, and where you draw the line. This is especially important for selfish people who don’t listen to your communication about your discomfort with their behavior.

Here are some tips for setting boundaries around selfish people:

4. Take the focus off them

Selfish people are self-centered. If that’s the case, then you should work to stop giving them that focus. They already spend a lot of time worrying about themselves; the last thing they should be given is more concern for themselves on the part of others. Here are some tips for taking the focus off selfish people:

If you’re in a conversation or discussion where a selfish person starts talking about themselves, they may not give you a chance to talk at all, says coach, teacher, coach, and author Preston Ni. Be aware of this and don’t give them extra ammo to keep gloating. Direct the conversation toward yourself or other people who are also involved.

Don’t pay attention to them

Licensed Marriage and Family Therapist Dr. Margalis Fjelstad claims that selfish people often go out of their way to get attention as they constantly crave it. If you give it to him, he essentially sets himself as a goal. Don’t give selfish people the attention they want from you, and they’ll try to have fun elsewhere instead.

Crush the desire to please people

If you like to please people, you may be too nice to selfish people. Levin says you need to control yourself and acknowledge the source of your behavior with selfish people. Are you trying to buy their favor? Trying to keep the peace? It may be time to reconsider.

Do not do what they ask you

Selfish people tend to make a lot of demands without doing the same for others. Nor does it say that this is where you should work hard to remember your rights as a person and defend them. You are never required to do what a selfish person demands. Stop giving them what they want!

Don’t feel pressured to be noticed

Selfish people can be manipulative, and their acts of stealing the spotlight seem likely to do them a favor. But studies show that very few truly believe that their intentions are positive when they do this. Research indicates that manipulative or selfish people are not often favored over others to seek positions or power. As such, don’t add to the problem by acting selfishly to gain traction on them. Be the greatest person!

5. Let yourself be felt

It wouldn’t help if you didn’t blow up with a selfish person the moment they start to misbehave. No, it would be better if you didn’t cause a scene, nor should you start acting like two mistakes were a hit. But you are allowed to feel angry or upset about someone’s behavior.

Denying, repressing, or suppressing negative emotions degrades your positive thinking over time. Eventually, it will come to a head and explode, and that is not an effective way to deal with someone selfish.

When you have time for yourself, allow yourself to get angry about someone else’s actions. You can even excuse yourself from a situation where a selfish person is unreasonable and handle your emotions elsewhere.

Then, once you’ve confronted and understood your feelings, use them to propel you forward. Take your anger and turn it into a determination not to feed that selfish person anymore. Take your discomfort and use it to motivate you to find a new social circle to spend more time with. Use your hurt feelings and use them to remind yourself not to give in next time. There is utility in your emotions if you turn them towards the positive!

It can be exhausting dealing with selfish people, but you can combat their antics with your own strength. Learn to understand their perspective so that you can respond accordingly, defend yourself, and your limitsand stop supporting yourself in their negativity. You deserve better than being caught up in someone else’s selfish games!

How Kristin Shifted From Restricting and Bingeing to Happiness and Health