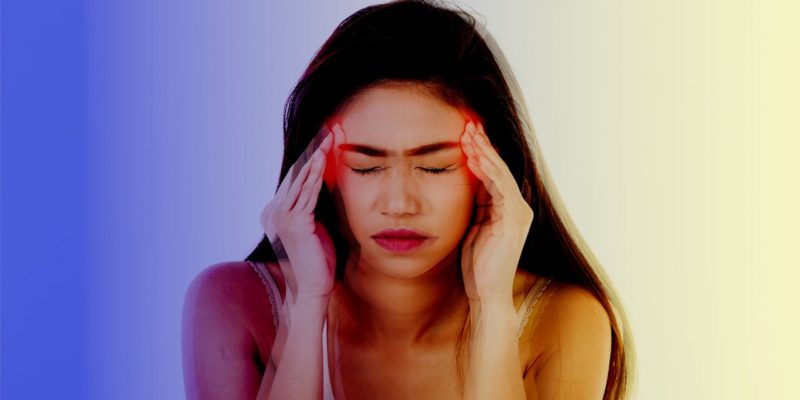 However, some specific foods actually can be culprits: For example, Joshi says foods with nitrates (anything that’s cured, such as lunch meats or bacon) and foods or drinks with aspartame (an artificial sweetener found in diet sodas). Monosodium glutamate (MSG), a flavor enhancer sometimes found in processed food, can also trigger migraine; Joshi says glutamate acts as an excitatory amino acid in the brain.

Alcohol is another migraine trigger, and according to Brandes, it’s the most significant cause in the food and drink category –– though experts aren’t totally sure why. Some people have specific alcohol triggers, while others can’t handle any alcohol. “Red wine is classically thought of as a migraine trigger, some patients can’t drink white wine or alcohol if it’s not clear, while others are triggered by beer,” Brandes says.

It’s not only what you eat and drink that can cause migraine; Godley says how well people maintain an eating pattern and replenish fluids can impact migraine frequency. For example, you can eliminate migraine-triggering foods and drinks, but if you skip meals or get dehydrated, you can still get migraines.

Even if you’re drinking water throughout the day, keep in mind too much caffeine — which is a diuretic and makes you urinate frequently — can cause dehydration, which Brandes says could lead to migraine. “If someone gets up in the morning and drinks four cups of coffee then goes to work, they don’t eat or drink anything until afternoon, it may be that dehydration is playing an important role in triggering that migraine,”  she says.

Stress is another known cause of migraines, Godley says; that can be psychological stress, or physical stress, such as poor posture or head trauma. According to Thomas Pitts, a neurologist with Hudson Medical + Wellness in New York City, sleep deprivation — another form of stress — can also trigger individual migraines. Brandes says people who have erratic sleep schedules, such as young parents or those who work night shifts, may get more migraines over the period of a few months.

Too much screen time could also be a factor in people’s migraines, for a few reasons. Pitts says neck pain is a known trigger, so sitting for a prolonged period with poor posture can contribute to migraine, and don’t forget — while you’re staring at screens, you’re likely to be taking in some of those sensory triggers.

Brandes says changes in barometric pressure — whether a rise or fall — can also cause migraines. “Some people say ‘I can be the weather channel because I can feel in my head changes as the barometric pressure changes,’” she says. Other types of environmental factors, like humidity or high altitude, are also known to trigger migraine attacks in some people.

For Trans People, Transitioning Has No Before or After