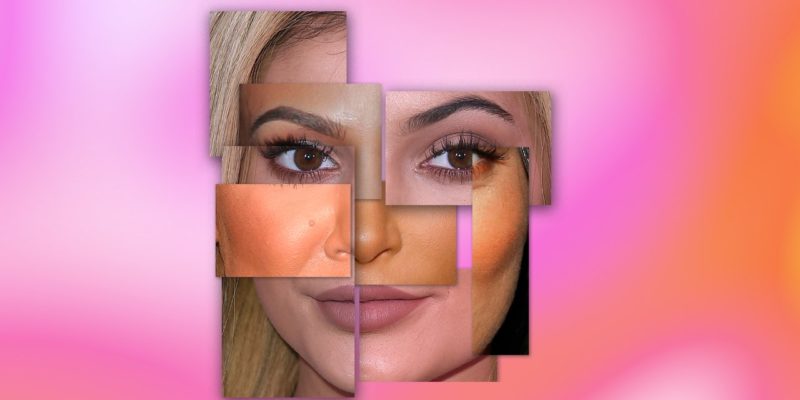 How you feel about their influence might be how you feel about class and race in America. Brunel University London held its own intellectual Kimposium to assess the famous family’s impact on pop culture across the world. Lauren Michele Jackson, author of White Negroes, describes Kim as representative of American race discourse. If Kim is good at anything, she posits, it’s “metachrosis,” or the power of some animals to change color voluntarily. “Kim’s distance from whiteness, however relative, made her a person of interest and revulsion — that is, a desirable person,” she writes. “Kim’s particular fame derives from a cherished place in the American racial imagination that, combined with wealth, prevents contact with the deathly effects of brownness in this country, while reaping the exoticism of not-quite-whiteness.”

In one photo, Kim may look California pale, with white-blonde hair and heavy, black sunglasses. In another, she’s browned enough to garner accusations of blackface and having to address that on the show. And then she wears Fulani braids, attributes the style to a white woman, and the cycle of enmity and celebrity goes on.

During the Kardashian reign, a new term was coined to describe the suddenly rampant phenomenon of racial performance on social media: blackfishing. Stemming from the racist practice of blackface, blackfishing specifically describes when people use tools like makeup, Photoshop, and cosmetic surgery that make them appear more Black. The term was coined by culture writer Wanna Thompson who, in 2018, started a viral Twitter thread of “white girls cosplaying as Black women on Instagram.” The thread was retweeted almost 30,000 times; the responses were rife with Kardashian lookalikes. In an interview discussing the term and its participants, Instagram influencer Ericka Hart explained how the Kardashians’ overwhelming popularity “can’t be overlooked. They have been able to capitalize off Black bodies, and people will want to emulate that.”

It’s hard to untangle just how much of the Kardashians’ influence has to do with their personal success, and how much of it has to do with having a high-profile person to platform the fetishization of Blackness in America. You can’t consider their impact without analyzing how they engage in public conversations about their own bodies and race, and how they transform that conversation into a profit stream— by making it a plot point in their show and products in their beauty lines (which include, at press time, KKW Beauty and Kylie Cosmetics; Khroma Beauty is no longer with us). Makeover shows have been television’s bread-and-butter for decades, but Keeping Up With the Kardashians brought that narrative of “self-improvement” into the realm of the already famous, the already beautiful. If not up to personal standards at the beginning of an episode, then transparently, publicly, the family would augment into something more by the end of it, with no budgetary barriers to prevent aesthetic hurdles from being overcome.