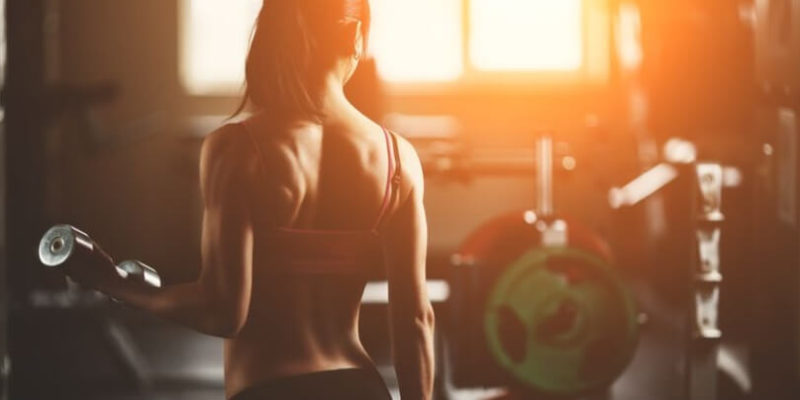 If you’ve lost some (or a lot) of weight, you’re probably wondering . . . what next?

If you’re like most dieters, you’ve lost weight in the past only to regain all or most of it over the next few months.

Or, you’ve made the other common post-dieting mistake of continuing to restrict your food intake until you become mentally and physically frazzled, fearful of gaining weight or losing your muscle definition.

You search online for a solution, and come across a concept known as reverse dieting.

According to proponents of this idea, the best way to navigate this “post-weight-loss period” isn’t to go back to your “normal” diet or fruitlessly cling to your current one.

Instead, you should gradually increase your calorie intake a little bit each week—hence the name, reverse dieting.

This, they claim, “repairs” your metabolism, mitigates fat gain, and even “supercharges” your calorie burning.

Is gradually increasing your calorie intake like this really necessary?

What does science have to say about all of this?

You’re going to learn the answers to all of these questions and more in this article.

The long story short is that while reverse dieting has some merit, it’s not beneficial for the reasons most people claim, it’s unnecessary in most cases, and it can even cause more harm than good.

What Is Reverse Dieting?


If “dieting” involves restricting your food intake, what do you think “reverse dieting” is?

You don’t get to eat as much or whatever you want, though. Instead, reverse dieting involves a controlled, gradual increase in total daily calorie intake with the purpose of increasing metabolic rate and health.

Reverse dieting is mainly used for bringing your metabolism back to normal after a period of calorie restriction (weight loss), but some people also claim that reverse dieting can increase your metabolic rate even higher than it was before you started dieting. (Sometimes they refer to this as increasing your “metabolic capacity.”)

In other words, they claim that it allows you to burn (and thus eat) more calories while staying lean.

Why Do People Reverse Diet?

To fix this “metabolic damage,” people say, you can’t just increase your calorie intake back to what you might have needed to maintain your weight before your diet, as this will cause rapid fat gain. Instead, you have to coax your metabolism back into high gear by gradually increasing your food intake back up to your old maintenance intake (or even higher).

How gradually are we talking about?

Depending on who you ask, most proponents of reverse dieting claim you should only increase your daily calorie intake by about 50 to 100 calories per week.

Typically, reverse dieting advocates recommend you get all or most of these calories from carbs. We don’t need to get into the nitty-gritty details of why this is, but the long story short is increasing your carbohydrate intake can raise the levels of a hormone called leptin, which helps increase metabolic rate and reduce hunger.

Read: The Definitive Guide to Leptin and Weight Loss

This, they claim, “trains” your metabolism to burn more calories. As your leptin levels rise, your metabolism increases and your hunger decreases, allowing you to eat more food, further raising leptin, and so on until your metabolism is humming along again like it was before your diet.

That’s the idea, anyway, but does it work?

Why Reverse Dieting Is Overrated

If you’re familiar with my blog or my books, you’ll know that I once advocated reverse dieting.

For example, I used to finish my cuts by raising my daily calorie intake by about 100 calories every week or so, mostly by increasing my carbs, until I was back to maintenance calories (the point where I was no longer gaining or losing weight).

I wasn’t alone, either.

Many other thought leaders in the evidence-based fitness space recommended the same, and for the same reason: theoretically, it could help people stay lean while reversing metabolic adaptations that occurred while cutting.

We now know better, and I and many of my peers no longer bother with reverse dieting.

It doesn’t appear to provide any actual advantages over simply raising calories immediately back to maintenance.

While it’s true that dieting does decrease your metabolism, this is normal, unavoidable, and easily reversible by simply eating more food. Thus far, no scientific research has proven that gradually raising your calories back to maintenance is better than just switching immediately back to maintenance.

What’s more, reverse dieting may even be counterproductive.

By reverse dieting, all you’re really doing is reducing the size of your calorie deficit. You’re switching from “fast cutting” to “slow cutting,” which means more time dealing with the downsides of being in a calorie deficit.

A good example of this is a case study conducted by scientists at Virginia Tech on a female natural bodybuilder as she prepared for a competition.

The bodybuilder started out very lean—about 15% body fat—and then gradually reduced her average daily calorie intake by about 300 calories over the course of 20 weeks until she was about 9% body fat for her competition.

Then, after her competition, she gradually increased her average daily calorie intake by about 300 calories over the course of 20 weeks until her body fat returned to about 15%.

In other words, she executed a more or less perfect reverse diet.

And sure enough, she stayed very lean while increasing her calorie intake.

That said, as she increased her calorie intake, she still gained body fat.

More importantly, she also lost her period during her cut, which is common among female bodybuilders. After her 20-week long reverse diet, though, she still hadn’t regained her period, even though she had regained all of the body fat she lost. In fact, it took her almost a year and a half to regain her period.

In other words, she was still dogged by the downsides of her low-calorie diet despite reverse dieting meticulously for four months. It’s also likely she would have been able to recover her period sooner if she’d just increased her calories back to maintenance immediately after her competition.

Read: 12 Easy Eating and Exercise Habits for Keeping Weight Off

Now, some people might argue that if you struggle with overeating after a cut, reverse dieting helps you better control your calorie intake as you ease back into normalcy.

I’d still argue this is a suboptimal approach. You’re still going to be in a calorie deficit, which means a higher likelihood of hunger and cravings, and thus a higher risk of overeating.

Plus, you can still get the behavioral benefits of reverse dieting using other methods (I’ll explain how in a moment).

So, why did I used to beat the drum for reverse dieting?

A few reasons: it was being used successfully by many bodybuilders and researchers, it seemed to help people avoid overeating after they finished cutting, and while there was little evidence for it, there was also little evidence against it, too.

In other words, it was an interesting idea, but the theory just didn’t pan out. More and more studies like the one described above came out, and coaches and researchers (like those on Legion’s Scientific Advisory Board) began ditching the practice in favor of other methods.

Summary: Studies show that reverse dieting probably doesn’t increase metabolic rate or prevent fat gain any better than simply raising calories back to maintenance, and it can also prolong the negative effects of low-calorie dieting.

What You Should Do Instead of Reverse Dieting

Most people—including you, likely—don’t need to bother with reverse dieting.

That said, overeating after a diet, referred to as post-starvation hyperphagia, is a problem for many people, so what can you do to avoid it?

Find your new maintenance calories by multiplying your bodyweight by 14 to 16 calories per pound (14 if you’re lightly active, and 16 if you’re quite active).

Increase your daily calorie intake accordingly by increasing carbs and fat as you prefer.

Now, there are still many ways to mess this up, so here are a few things you should not do after you’re finished dieting:

While this can work for very experienced dieters or those who’ve only lost a few pounds, I’ve never seen this work for someone after a long period of dieting. The risk of weight regain is just too high.

While I’m a big fan of intuitive eating for maintaining your weight long-term, it’s a dangerous strategy immediately after losing a lot of weight.

Many people like to celebrate the end of their cuts with a eat-all-the-things-I-denied-myself-while-dieting meal (or day), but this is wrongheaded.

It’s very easy to let these meals or days get out of control, and hard to rein yourself in afterward. Plus, your weight will likely shoot up from the influx of carbs and salt, which can be demoralizing.

Instead, keep following more or less the same meal plan you were before, but increase the portions slightly or include a few treats you’ve been craving to bump your calories up to maintenance.

At bottom, you want to keep following the same meal plan after your diet that you were before. Keep eating roughly the same foods, at the same times, but in slightly larger portions to push your calorie intake up to maintenance.

Summary: After you’re finished dieting, estimate your maintenance calorie needs by multiplying your body weight by 14 to 16 calories per day (14 if you’re lightly active, and 16 if you’re quite active), and adjust your meal plan until you’re eating roughly this amount every day.

The Bottom Line on Reverse Dieting

Proponents of this idea claim that it’ll “repair” your metabolism, mitigate fat gain, and even “supercharge” your calorie burning.

The reality is a lot less exciting.

While your metabolism does slow slightly while dieting, these changes go away after you start eating more again, and no studies have shown that gradually increasing your calorie intake accomplishes this more effectively than switching immediately back to maintenance.

What’s more, reverse dieting can also prolong the negative effects of low-calorie dieting. Until you raise your calories back to maintenance, you’ll continue dealing with the hunger, lethargy, and metabolic slowdown that comes with dieting.

Instead of reverse dieting, estimate your maintenance calorie needs by multiplying your body weight by 14 to 16 calories per day (14 if you’re lightly active, and 16 if you’re quite active), and adjust your meal plan until you’re eating roughly this amount every day.

Do that, and you’ll quickly boost your mood and metabolism without gaining fat.

What’s your take on reverse dieting? Have anything else to share? Let me know in the comments below! 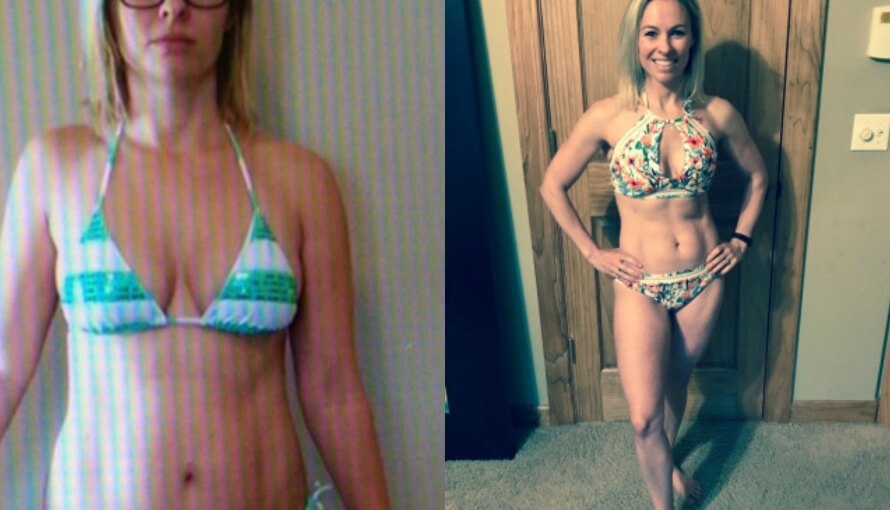 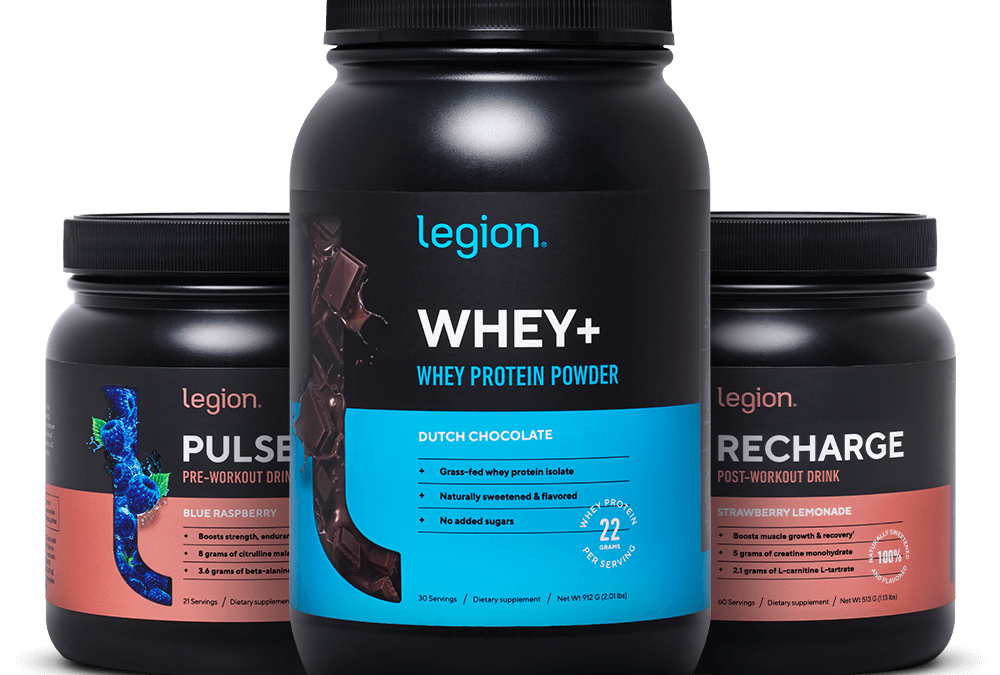 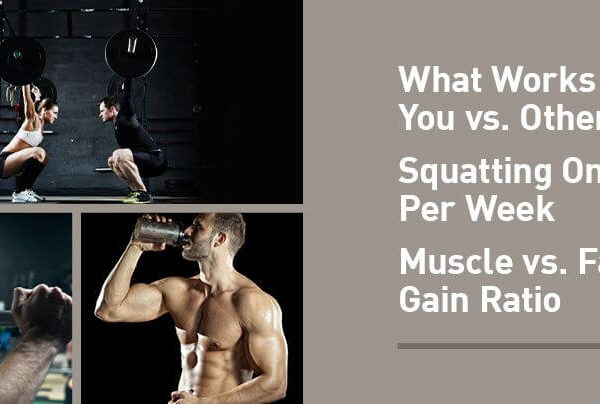 Says You! What Works For You vs. Others, Squatting Once Per Week, and Muscle vs. Fat Gain While Lean Bulking 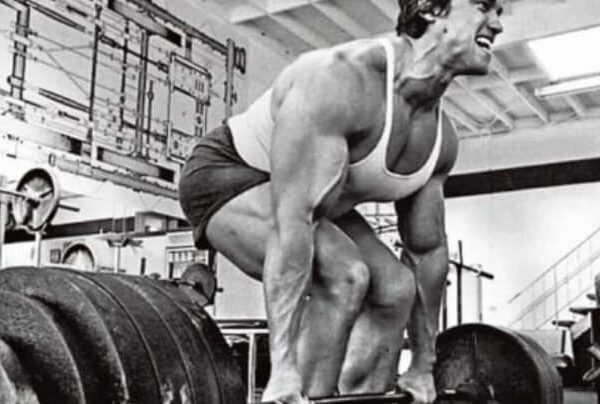 How to Deadlift: The Complete Guide to Proper Deadlift Form

Best Compound Back Exercises for a Full Back Workout 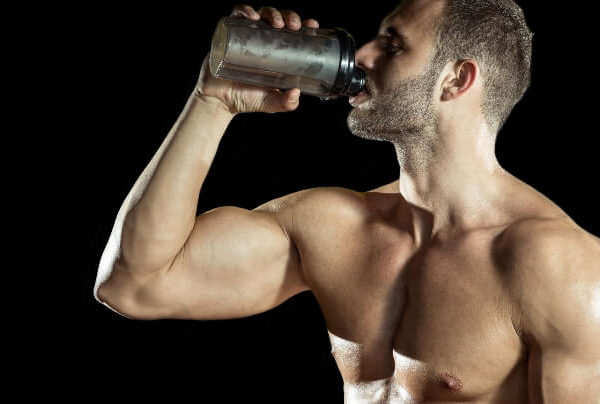