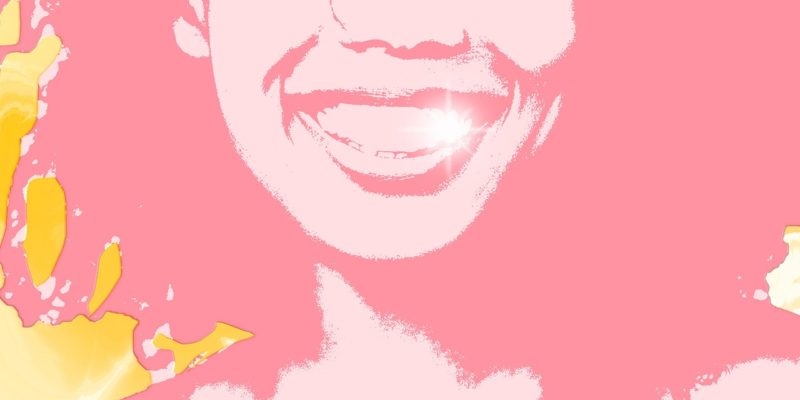 The history of the human tooth is, well, long in the tooth. The history of the human tooth-decay epidemic is much shorter, and about as old as the Industrial Revolution and commodified sugar. (Incidentally, the period of human history widely considered by environmental scientists to have kicked off the climate crisis also appears to have inspired contemporary dentistry.) Before Whitestrips, the dental-care market was about oral hygiene and generally keeping teeth from falling out of our mouth. After Whitestrips, its main focus was making those undecayed teeth gleam.

“I graduated dental school in 1983, and it’s funny,” says William Dorfman, a cosmetic dentist in the Beverly Hills area and arguably the father of contemporary tooth whitening, “that ninety-nine percent of what I do in my practice today are things that weren’t even invented [then].” Just after the Whitestrip entered the American mouth, in 2003, Dorfman was cast on ABC’s Extreme Makeover, where he introduced American eyes to the transformative powers of unprecedentedly white teeth. On the show’s first episode, he bleached three sets of teeth using a proprietary laser-activated process called Zoom whitening. About seven years later, he and his partners sold the technique to Philips for an amount he coyly refuses to disclose. (Later, he is less coy: Zoom sold for close to $200 million.)

The history of the human tooth-decay epidemic is about as old as the Industrial Revolution.

Let me be enamel-clear: There is no health imperative to having white teeth. And a tooth’s health cannot generally be measured by its whiteness. “Our teeth naturally become discolored. That’s normal,” says dental anthropologist Peter Ungar. “It’s not considered attractive or appealing in our culture, but that’s the way it is.” A tooth’s natural shade is actually a symphony of reds and oranges and greens, each muting one another into a hue that can vary as much as skin tone, albeit on a much shorter gradient — from ecru to terra-cotta. A 2018 study describing a correlation between teeth, skin, and eye color should perhaps serve as a dazzling reminder of gorgeous human variance. Instead, it endeavors to help cosmetic dentists select more skin-flattering shades of white.

Since Crest’s Whitestrips struck gold, nearly every other dental brand in existence has rushed to the pearly spring, mining the world of its charcoal and clay deposits and Andalusian diamond-studded orchids, cramming them into on-the-go whitening pens and foams and tiny, disposable, moist towelettes. In its turbulent 20s, over-the-counter whitening is still embracing experimentation. Even Sagel is moving on from stripping. His latest project, Crest Whitening Emulsions, delivers a dose of peroxide to enamel like dew to a flower petal, eschewing the strip system completely.

Best False Eyelashes, According to Makeup Artists and Beauty Editors

Alan Aragon on the Real Science of “Healthy Eating”