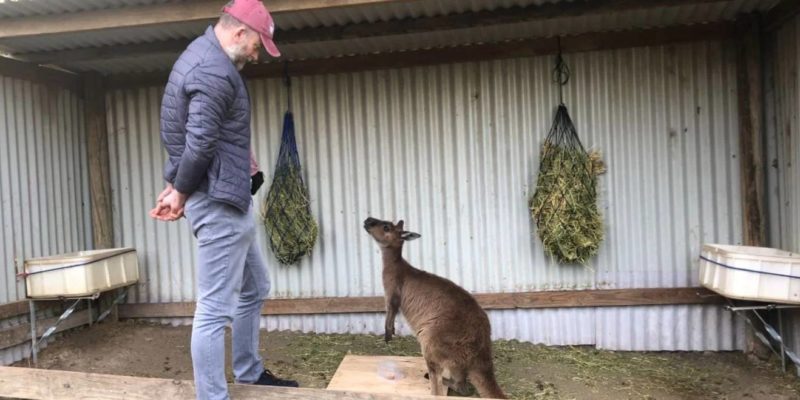 Animals that have never been domesticated, such as kangaroos, may intentionally communicate with humans, says a new study.

By involving kangaroos, marsupials that were never domesticated, in three locations in Australia, the findings revealed that these animals were looking at a human when they tried to access food that had been placed in a closed box.

The kangaroos used these long gazes to communicate with the person rather than trying to open the box themselves, a behavior generally expected of pets.

10 of the 11 kangaroos examined actively observed the person who had put the food in a box to obtain it (this type of experiment is known as the “unsolvable problem task”).

Nine of the 11 kangaroos also showed gaze changes between the box and the person present, which is considered a form of elevated communication.

The science of communication

Lead author Dr. Alan McElligott from the University of Roehampton (now based at the City University of Hong Kong) previously led a study that found that goats can understand human signals, including pointing, to gather information about its environment.

PLUS: After prosthetic makers said it couldn’t be done, the orphaned koala gets a new foot thanks to a dentist

Like dogs and goats, kangaroos are social animals, and new research from Dr. McElligott suggests that they can adapt their usual social behaviors to interact with humans.

Dr. Alan McElligott said in a statement: “Through this study, we were able to see that communication between animals can be learned and that the behavior of looking at humans to access food is not related to domestication. In fact, the kangaroos displayed a pattern of behavior very similar to what we have seen in dogs, horses, and even goats when put to the same test.

“Our research shows that the potential for intentional referential communication to humans by animals has been underestimated, indicating an exciting development in this area. Kangaroos are the first marsupials to be studied in this way and the positive results should lead to more cognitive investigations beyond the usual domestic species. “

RELATED: People will do almost anything for their puppies, says new survey

Dr Alexandra Green, University of Sydney College of Life and Environmental Sciences, said about the study, published in Biology lettering: “Kangaroos are an iconic Australian endemic fauna, adored by many around the world, but also considered a pest. We hope this research draws attention to the cognitive abilities of kangaroos and helps foster more positive attitudes towards them. “

HOP, JUMP and SKIP the fascinating investigation to your friends …

Embarrassed Student Hid Bad Haircut Under a Hat, Then the Principal Gave Him a Great New Do (WATCH)