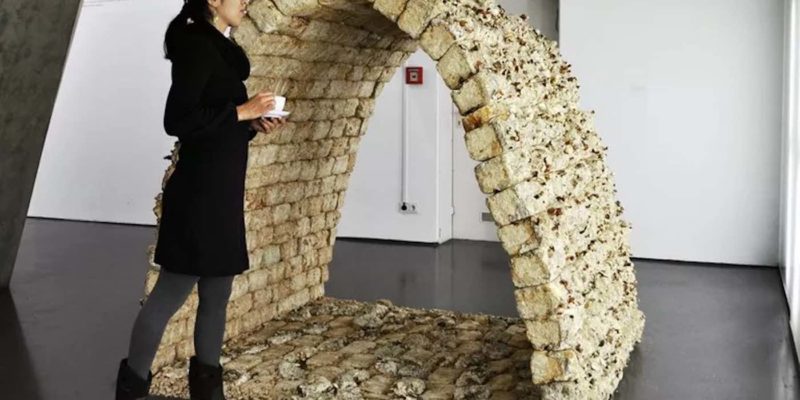 
While no mushroom species is big enough to live, one Bay Area designer thinks he can make one if he only produces enough of his proprietary “mushroom bricks.”

In fact, you know you can, because you have already built a masterpiece called “Mycotecture”: a 6 × 6 arch of mushroom bricks. Ganoderma lucidum or reishi mushrooms.

Phil Ross does not use the mushroom or fruiting body of reishi; uses mycelium, the fast-growing fibrous roots that make up the vast majority of fungal life forms.

Ross uses it to build bricks by growing mycelium in bags of delicious sawdust (for mushrooms), before drying and cutting them with extremely strong steel blades.

This works because fungi digest the cellulose in sawdust and convert it into chitin, the same fiber that insect exoskeletons are made of.

“The bricks have the feel of a composite material with a core of cross-grain fluffy pulp that becomes progressively denser towards its outer skin,” he explained. Discover Magazine. “The leather itself is incredibly tough, resistant to breakage and can withstand enormous amounts of compression.”

A design / architecture website described These mushroom bricks are “stronger than concrete,” while another quotes Ross in an interview suggesting that they could replace all kinds of polymer-plastic building materials.

In fact, designers have already used mycelium to make cloth hats, canoes worthy of the seaand ecological coffins. Ross’s next plan, according to the same interview, is to build an entire house for 12-20 people with reishi mycelium.

SHARE the news with someone who would love a mushroom house …