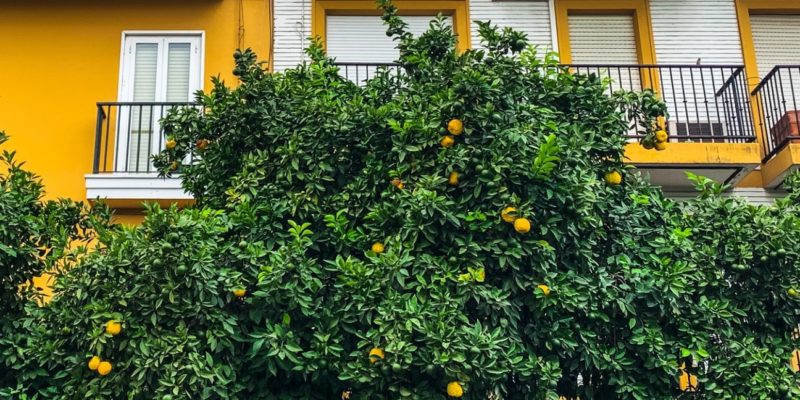 
Seville – home to palaces, oranges, and now brilliant innovative civic recycling that will turn millions of tons of fruit into electricity.

When the spring air thickens with the smell of orange blossom and the city is at its most beautiful, most non-residents will not realize that many of the 5.7 million kilograms (11.4 million pounds) of oranges from the city’s 50,000 bitter orange trees will disappear. end of crushed and decaying on the sidewalks of the city.

Flies swarm around these piles of sticky fermenting oranges that get squashed between slabs as cars pass, a real headache for the city’s sanitation department.

Emasesa, the company that controls a large market share of Seville’s water and wastewater treatment needs, has decided to take all that orange juice and turn it into a different juice.

“For the second consecutive year, Emasesa is promoting a pilot project in the Copero treatment plant to generate clean energy thanks to the juice of bitter oranges from the streets of the city,” reads a Press release from the company’s website.

Bitter orange juice is rich in fructose, which consists of very short carbon chains. This makes the fermentation process hot; enough to power five households a day with just one ton of oranges.

RELATED: More renewable energy is used in 2020 than fossil fuels for the first time in the world’s fourth-largest economy

The rest of the orange that remains is turned into compost to regenerate the soil in the local fields.

The team behind the project, according to a report in The Guardian, believe that if all of the city’s oranges that were not exported to Britain, where they are used to make jam, were sent to methane power plants, 73,000 of Seville’s homes would receive green energy, or perhaps orange, while from the harvest season.