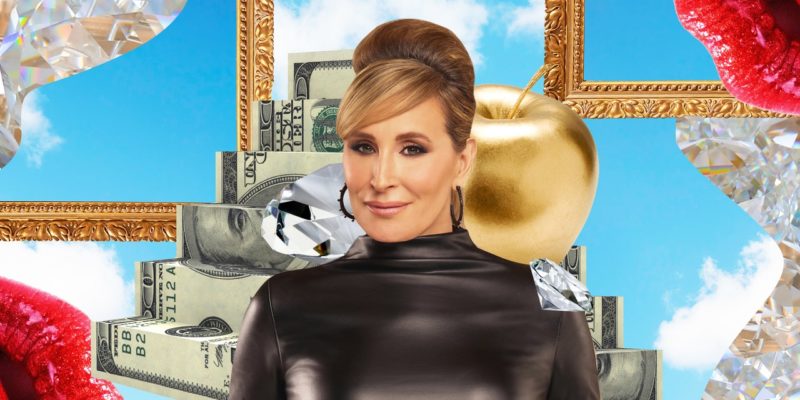 Morgan realizes this is a long list, so she edits to what she considers the essentials. “I can’t stress enough this potassium, magnesium, calcium and [vitamin] Bs,” she advises. “And maca powder, which you can put in your shakes. And digestive enzymes. Very important.”

Also important: Sunday Riley Luna oil, applied at night to lure fresh cells to the surface of her skin, and SkinCeuticals C E Ferulic serum, which protects those cells throughout the day from the Upper East Side air pollution that threatens their radiance. Morgan is also refreshingly candid about her experiences with cosmetic surgery. She recently got a neck lift from Andrew Jacono, whose office sits nearly directly across the street from the Park Avenue Armory. “Over the years, I just got tired of the trout mouth,” she says. “I did the threads twice, but it was just lifting the drapes. So I said, ‘Let’s do it’ Even Dr. Kassir when I went to him yesterday, he was like, ‘Well, we wish we did it,’ you know? You’ve got to go to a different doctor for different things. Dr. Jacono does three to four [neck lifts] a day.”

Daunted by the cosmetic scrutiny that accompanies public life — or, perhaps, as a result of “just drinking a lot of water and getting plenty of rest!” — many Housewives adjourn a season of filming, only to return to the events of the next season with entirely different facial features, eyes distinctively more catlike, preposterously sized Hollywood lips where there once were Scottish-Welsh ones. Many of Morgan’s features, including her jagged, patrician nose, look more or less the same that they did when joined Real Housewives of New York City in Season 3. Dr. Kassir has “been trying to do my nose jobs for years,” Morgan says. The full monty, that is, in which the nose is renovated from within, as opposed to the molecule-sized monties she receives via injection. “But I told you, I like my nose. I’ve yet to meet a doctor who can give me a nose I like.”

Beauty professionals of every stripe and order will approach Morgan about adorning her with their services. Morgan responds by tirelessly researching and isolating the procedure or style they do best, at which point she either decides to try it or wait until somebody even more talented comes along. She says Sharon Giese, a plastic surgeon whose office is just slightly farther from the Park Avenue Armory, is currently courting her about some belly laser. She’s thinking about it. Right now, the roster includes Jacono on the neck, Victoria Veytsman on her teeth, Kassir kind of on the nose, and dermatologist Rachel Nazarian for Botox and filler. “I can’t tell you how many people bring in pictures of Sonja,” Nazarian says. “They say, ‘Whatever she is doing, I want that.”

A version of this story originally appeared in the December 2020/January 2021 issue of Allure. Learn how to subscribe here.