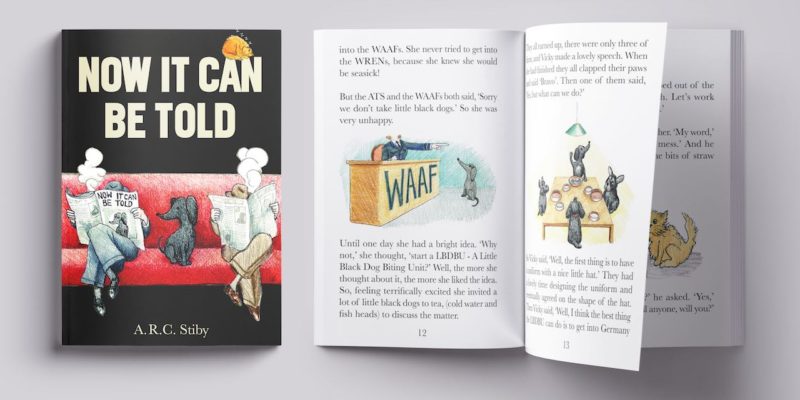 
A children’s book written by a father for his son after his return from a World War II prisoner of war camp has finally been published, after 75 years.

‘Now It Can Be Told’ was written by Arthur Stiby after being released from a Japanese-run detention center. The Royal Artillery commander was captured by Japanese forces after the fall of Singapore in 1942 and endured horrible conditions. To keep his spirits up and that of others, he wrote plays and sketches to be performed as entertainment for his fellow PoWs.

Upon his return to Britain, Arthur wrote the first parts of the children’s book, which features a brave daschund on a wartime mission. A talented writer, he sent his work in easy-to-read weekly installments to his son Robert at boarding school.

It was believed to have been lost, but the incomplete manuscript was rediscovered while Robert was going through the old family boxes recently.

Robert said: “My father died a long time ago, but recently I have had time to sort out a lot of family things. There, in a dusty old box, I found this tattered and wrinkled copy of the original, but incomplete, manuscript. I was overjoyed. Even though I’m not eight years old anymore, I’m eighty now, reading it again was so much fun that I decided to publish it. “

Then he and his nephew Jamie Stiby-Harris set out to finish the book, with Jamie doing the illustrations.

Robert added, “I hope this little book brings as much enjoyment to others as it does to the dirty little schoolboy it was originally written for.”

CHECK OUT: The adventure stories in this non-fiction children’s book are the perfect boost for children’s confidence

The book is available for £ 7 ($ 9.50), and all proceeds from the sale of the book will go towards the Salisbury Hospice.

SHARE this amazing find with book lovers on social media …

This 73 Year Old Became an Internet Fitness Guru after Retiring