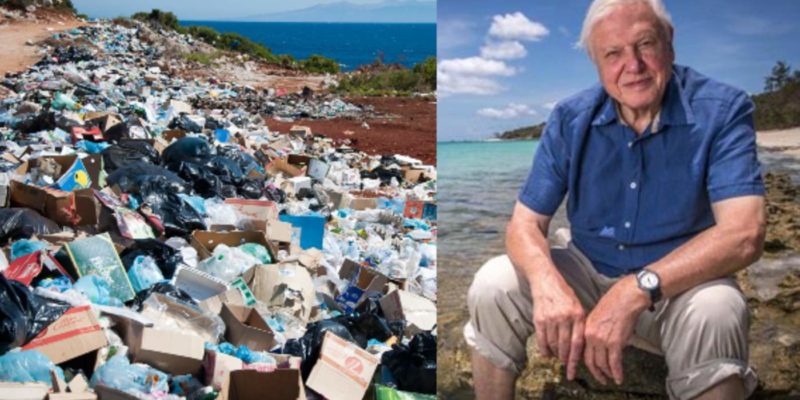 
A new recycling plant under construction in England has technologies that can break down any type of plastic polymer into its constituent elements for recycling.

According to Forbes, wildlife filmmaker Sir David Attenborough appeared in a video along with other naturalists and the owners of the new plant that uses superheated steam to remove the chemical bonds that hold the monomers together.

Property of Mura technology, the process is known as HydroPRS and is particularly special due to its ability to break down plastics that are normally destined for landfills or incineration. You can even remove biological material like food scraps that stick to plastic, an aspect that can sometimes prevent plastic from being recycled, rather than using it to power the boilers that feed the recycling.

What is left are oils and chemicals ready to resell to manufacturers to turn into new products.

“What is so tragic about plastic pollution is that it is totally unnecessary,” Attenborough says in the video, posted by UK recycling company Mura Technology. “The plastic in our oceans should never have found its way there in the first place.”

PLUS: Scientists at MIT develop the perfect breathable and environmentally friendly fabric using the same material as single-use bags

Plastic pollution is a big problem and there are tons of smart technologies, many of them emerging, to recycling and biodegradable the plastic.

In addition, plastic is extracted from rivers and the ocean with increasingly smart designs and committed organizations. However, the problem is to get worse for the oceans, as more of the developing world enters the prosperity and security of modern consumption-based life.

Mura says the materials produced during its recycling process can be used over and over again without becoming chemically unstable, so it is not surprising that the British government is backing the project to the end as the plant in Teesside, England, increases to 1,000,000. tons of plastic recycled annually.

“The government is committed to both clamping down on unacceptable plastic waste that damages our environment and ensuring that more materials can be reused rather than thrown away.” saying Rebecca Pow, Under Secretary of State, UK Department for Environment, Food and Rural Affairs.

“By investing in these truly innovative technologies, we will help drive these efforts even further, and I look forward to seeing them develop and deliver real results.”

(WATCH the video about Mura technology in the video below).

SKIP the innovation – share this story with your friends …