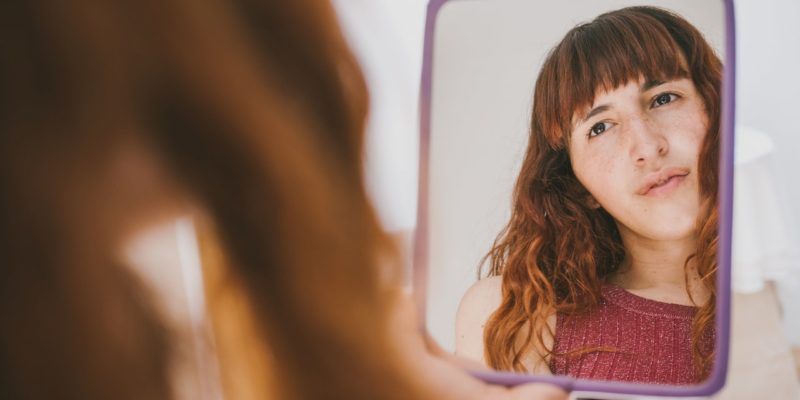 Wechsler takes the example of cortisol, which when chronically raised, can cause a host of problems including inflammation and collagen breakdown. What that can lead to: “Premature aging, acne, eczema, psoriasis — you name it. The skin barrier doesn’t work well, so you get more sensitive to allergens.” In other words, she says, “All sorts of bad stuff happens.”

And it can become a bit of a chicken and egg question. While we know stress can exacerbate certain skin symptoms, the fact is that having skin symptoms can also stress someone out. Says Jafferany, “If somebody has a pre-existing skin disease, they can get way more stressed out because of [it]. The same mechanism comes into play — they get aggravated, and then these stress hormones raise the inflammatory mediators and make things worse.” It turns into one big cycle.

Why has psychodermatology been slow-growing in the U.S.?

Psychodermatology is more common in Europe and South America, and Tausk has a theory as to what has held the practice back in the States: Our penchant for quick fixes over long-term personal growth, and a health system not set up to reimburse the blend of practices.

Tausk gives an example in which he created a group for skin pickers. The patients received care that included CBT, mindfulness meditation, yoga, and hypnosis. “Most did very well, but we could not continue because the process for the psychiatrist to get reimbursed was so cumbersome, and the requirements of the different insurance carriers so burdensome,” he says.

Jafferany explains that this is partially because psychodermatology isn’t recognized in the States the way it is overseas — and patients run into trouble having the care approved by their carriers at all. “Although recently few of the psychodermatological disorders have been classified in ICD (International Classification of Diseases) and DSM-5 (Diagnostic and Statistical Manual of American Psychiatric Association), still several are lacking descriptive terminology, causing insurance denials,” he says.

All this means the experience will likely cost more out of pocket, so it’s not financially realistic for everyone. To avoid the hassles that often hold the practice back, Wechsler opts not to accept insurance. But some doctors may be able to work with those on a budget. For example, after Tausk found the cost coverage for hypnosis for chronic itch patients to be unsustainable to many, so he says, “I do it on my free time and don’t bill for [it].”

20 Positive Phrases to Heal Your Soul After a Devastating Loss