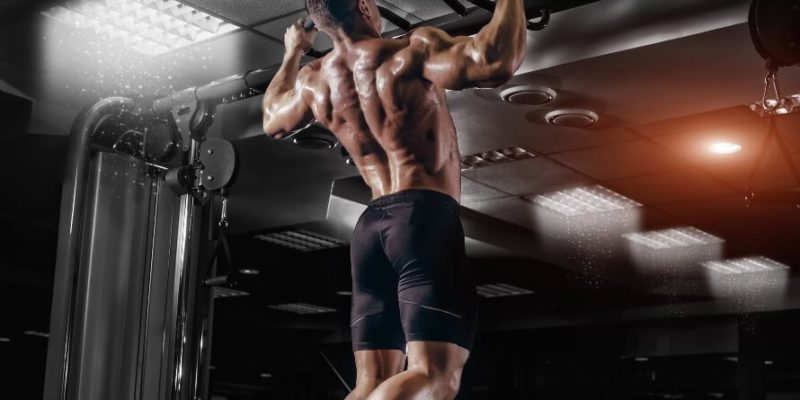 To unravel the relative value of compound and isolation exercises, it helps to understand what each of these terms mean.

A compound exercise is one that involves more than two joints or muscle groups, such as the barbell squat, deadlift, or bench press.

An isolation exercise emphasizes one joint and muscle group, such as the barbell curl (the elbow/biceps), the leg extension (the knee/quadriceps), or the back extension (the hips/spinal erectors).

Compound exercises are fantastic for gaining muscle and strength. However, some people put them on a pedestal as all you need to fully develop every major muscle group (a group of muscles highly involved in pushing, pulling, and squatting) in your body.

Isolation exercises, they say, may be fun, but they’re superfluous if you do enough squatting, bench pressing, deadlifting, and overhead pressing.

Can you maximize muscle growth and whole-body strength by putting your faith in compound exercises alone, or can you goose your gains by including a handful of isolation exercises in your workout routine?

You can find research to support the idea that isolation exercises are a waste of time.

Studies conducted by scientists at the Federal University of Goiás, the University of the Amazon, Santa Cecília University, and elsewhere have found that adding isolation exercises to compound exercises didn’t significantly increase muscle growth or strength in untrained and trained men and women.

As researcher and writer Greg Nuckols has noted in an unpublished meta-analysis, though, most of these studies were conducted in such a way that made it almost impossible for isolation exercises to show benefits.

Think of it this way: If I told you that you could increase muscle growth by 27 percent by spending an extra 20 to 30 minutes in the gym each week doing a few relatively easy exercises, would you do it? Does Dolly Parton sleep on her back?

Basically, while isolation exercises may not drastically boost muscle growth, they do contribute in a meaningful way. And when you consider how little time and energy they require, including them in your program is a no brainer.

A major reason to include isolation exercises in a strength training routine is working your muscles in several different ways—in different directions and at different angles—produces better results than just one or two ways.

In a study conducted at the University of São Paulo, for instance, researchers found that despite doing the same amount of weekly volume, people who did a combination of lower-body exercises that included the Smith machine squat, deadlift, leg press, and lunge gained more strength and experienced more balanced and proportionate muscle growth than people who only did the Smith machine squat.

The same effect has been noted in several other studies as well:

To summarize my case for doing isolation exercises:

While the lion’s share of your gains will come from compound exercises, by supplementing them with the right isolation exercises (like I recommend in my books for men and women, Bigger Leaner Stronger and Thinner Leaner Stronger), you’ll get even more muscle and strength out of your training.

Isolation exercises come with their own quirks and challenges, though, and one of the main ones is that it’s difficult to keep adding weight over time.

His simple and science-based approach to building muscle, losing fat, and getting healthy has sold over a million books and helped thousands of people build their best bodies ever, and his work has been featured in many popular outlets including Esquire, Men’s Health, Elle, Women’s Health, Muscle & Strength, and more, as well as on FOX and ABC.

Our Most Popular Evidence-Based Articles

No matter what you decide to buy, you’re always protected by our ironclad, 100% money-back guarantee that works like this:

If you don’t absolutely love our stuff for whatever reason, you get a prompt and courteous refund. No forms to fill out or hoops to jump through.

That means you can say “yes” now and decide later. You really have nothing to lose.

Many companies use shipping and handling fees to increase their profit margins, but here at Legion, we hate profits so our shipping is 100% free!

Okay, we do dig on profits, but we also go in for happy customers, and free shipping works like gangbusters.

Why the restriction on international orders? Unfortunately, shipping abroad is very expensive, and if we didn’t require a minimum order size, we’d lose a lot of money.

That said, as most international customers spend about $200 with us each time they shop, this setup is a win-win.

And no matter what you decide to buy, you’re always protected by our ironclad, 100% money-back guarantee that works like this:

If you don’t absolutely love our stuff for whatever reason, you get a prompt and courteous refund. No forms to fill out or hoops to jump through.

That means you can say “yes” now and decide later. You really have nothing to lose.

That’s why we use the exact doses of every ingredient that have safely produced the desired benefits in peer-reviewed studies.

Where your supplements are made matters, because rules and regulations regarding quality and purity differ from country to country.

And if you want to ensure the supplements you’re swallowing every day are safe and effective, you want products produced in the USA.

That’s why all of our supplements are made in America in NSF-certified and FDA-inspected facilities that operate in accordance with the Current Good Manufacturing Practice (cGMP) regulations.

We pay a premium to work with the best manufacturers in the country, but it’s the only way we can also produce the best all-natural sports supplements.

Did you know that studies have shown that many supplements contain dangerously high levels of toxins like lead, arsenic, and cadmium?

Every ingredient of every supplement we produce is tested for heavy metals, microbes, allergens, and other contaminants to ensure they meet the strict purity standards set by the FDA.

While artificial sweeteners may not be as dangerous as some people claim, studies suggest that regular consumption of these chemicals may indeed be harmful to our health and that more research is needed.

That’s why all of our supplements are naturally sweetened and flavored and contain no artificial food dyes, fillers, or other unnecessary junk.

Unlike some supplement companies, we don’t sell dubious white labeled or off-the-shelf formulations.

Instead, our custom and unique formulations are the result of extensive reviews of the scientific literature to discover the most effective ingredients for each.

Split your entire online purchase into 4 interest-free payments, over 6 weeks with no impact to your credit.

Shop and add items to your cart as normal!

Choose Sezzle at Checkout! You’ll be redirected to Sezzle to Sign Up or Log In
to complete your order.

Your order will be shipped out right away* and your payments will be split up
over 6 weeks.

Waiver and Release of Liability

In consideration of the services and/or products offered by Legion Athletics, Inc. (“Legion”) including, but not limited to, nutrition plans, exercise routines and coaching, and in addition to the payment of any fee or charge:

I knowingly and voluntarily enter into this waiver and release of liability and hereby waive any and all rights, claims or causes of action of any kind whatsoever arising out of my use of Legion’s services and/or products, and I hereby release and hold harmless Legion and its consultants, officers, contractors, agents, owners and employees from any and all responsibility, liability, cost and expenses, including for injuries, damages or disorders (physical, metabolic, or otherwise), resulting from my use of Legion’s services and/or products.

I understand that fitness activities including, but not limited to, strength, flexibility, and cardiovascular exercise, with or without the use of equipment, are potentially hazardous activities that involve a risk of injury and even death, and I am voluntarily participating in these activities and using equipment and machinery with knowledge of the risks involved. I hereby agree to assume and accept any and all risks of injury or death related to said fitness activities.

I understand that results from using Legion’s products and/or services are not guaranteed, and I agree to not hold Legion liable for any outcomes or lack thereof.

Please click the checkbox below. We apologize for the inconvenience.

Our scientific review board of nutritionists, dietitians, molecular biologists, doctors, and other accredited experts is responsible for reviewing every article, podcast, and video we produce to ensure they’re evidence based, accurate, trustworthy, and current.

Thanks to their connections, credentials, and academic experience, this team of MDs, PhDs, and other professionals has access to a wealth of research published in the largest and most prestigious journals in the world.

This allows them to not only review individual studies but also analyze the overall weight of the evidence on any and all topics related to diet, exercise, supplementation, and more.

If you feel that any of our content is inaccurate, misleading, out-of-date, or anything less than factual, please let us know in the comments section of the article in question.

We follow a detailed, rigorous, multi-step process to create content that meets the highest standards of clarity, practicality, and scientific integrity.

Then, our editorial team uses this research to draft articles and outlines for podcasts and videos.

Finally, our scientific review board reviews the content to ensure all key information and claims are backed by high-quality scientific research and explained simply and precisely.

If you feel that any of our content is inaccurate, misleading, out-of-date, or anything less than factual, please let us know in the comments section of the article in question.