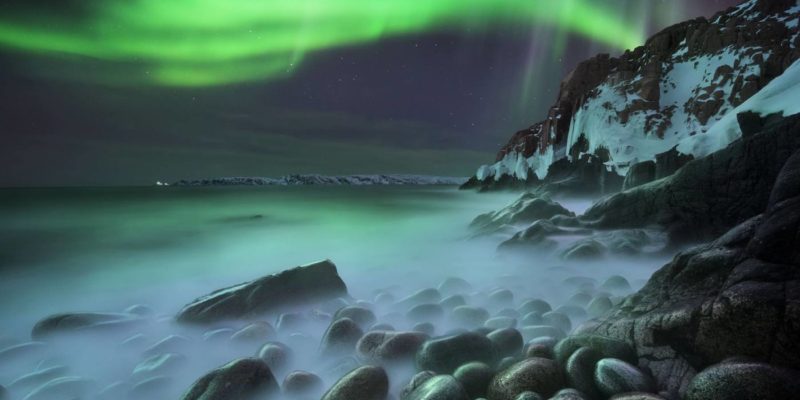 
The breathtaking beauty of one of nature’s most spectacular events has been captured in this series of fascinating images.

On special nights far from the equator, the sky is illuminated with a dazzling celestial light show.

The spectacular results have been captured in a series of 25 winning images selected in the Capture the Atlas Northern Lights Photographer of the Year competition.

This year’s winners include images taken in countries such as the United States, Russia, Finland, Norway, Iceland, Australia, Canada, and Antarctica.

One of the images, taken by photographer Benjamin Eberhard, looks like something out of a science fiction movie.

RELATED: Star-Gazer Reveals Stunning Images Of Space It Takes From Its Backyard

Benjamn said: “This image shows an intense and colorful aurora over the IceCube Neutrino observatory at the South Pole and is part of a longer time-lapse series.

“The South Pole is probably one of the most remote and challenging environments for photography, and it’s exhausting for both humans and technology.

“To achieve 24-hour time-lapse shots, you need some creativity to heat up and insulate your rig to keep it running, and even spinning, in temperatures ranging from -80ºC (-112ºF).”

See some of the other amazing photos below.

From pole to pole.

Stop Stressing About Your Hair Texture