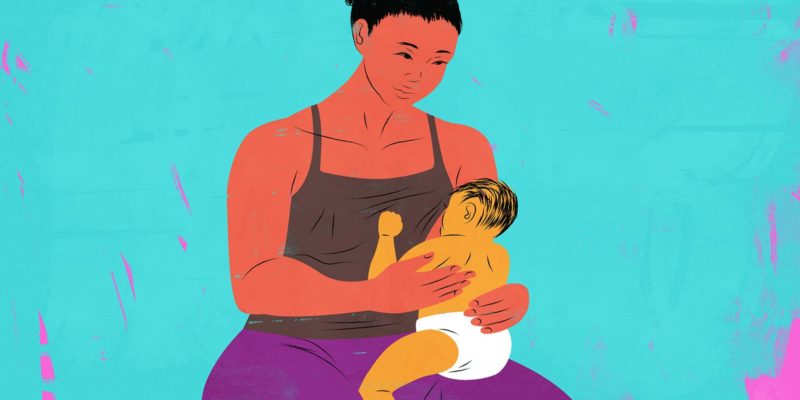 A new study finds that breastfed babies score better on neurocognitive tests as they grow older. Researchers from the Del Monte Institute for Neuroscience at the University of Rochester Medical Center (URMC) led the study.

They collected data from thousands of cognitive tests performed by nine- and ten-year-old children whose mothers gave them breast milk like babies. They then compared these scores with those of the non-breastfed children.

“Our findings suggest that any amount of breastfeeding has a positive cognitive impact, even after a few months.” Daniel Adan Lopez, Ph.D. candidate in the Epidemiology program and first author of the study. “That is the exciting thing about these results. Hopefully, from a policy point of view, this can help improve motivation to breastfeed. “

Hayley Martin, Ph.D., a medical student in the Medical Scientists Training Program and study co-author, primarily investigates the benefits of breastfeeding. “There is already established research showing the many benefits that breastfeeding has for both mother and child. The findings of this study are important to families, especially before and shortly after birth, when making breastfeeding decisions. “

The study was published on April 26 in the journal Frontiers in public health.

Main findings of the study on the cognitive benefits of breastfeeding

For the study, the researchers analyzed the test results of more than 9,000 children ages 9 and 10. They participated in the Adolescent Brain Cognitive Development (ABCD) study, the largest long-term study on child health and brain development. The team found significant differences between the cumulative cognitive test scores of breastfed and non-breastfed children. They also found that the longer a mother breastfed her child, the higher that child scored.

However, the study found that breastfeeding does not significantly affect executive function or memory. Previous research corroborates these findings.

“This supports the foundation of the work already being done around breastfeeding and breastfeeding and its impact on a child’s health,” said Ed Freedman, Ph.D., the lead investigator for the ABCD study in Rochester and lead author of the study. “These are findings that would not have been possible without the ABCD Study and the extensive data set it provides.”

Other co-authors include John Foxe, Ph.D. and Yunjiao Mao with URMC and Wesley Thompson from the University of California, San Diego. URMC is one of 21 sites in the US that collect data for the ABCD study.

Through 2026, the institute will continue to collect data on 340 local participants. In total, the study will follow 11,750 children into early adulthood. Researchers will analyze how biological development, behaviors, and experiences affect brain maturation, academic performance, social development, and overall health. The National Institutes of Health funded the study.

Breastfed babies are healthier in other ways, too

1. They have fewer allergies

Breast milk reduces the chance of babies developing allergies because it contains secretory IgA. This antibody helps form a protective coating on the baby’s digestive tract. Protein prevents allergic reactions caused by undigested food in the intestines. Babies who are not breastfed are at increased risk of developing allergies from formulas they do not contain IgA.

2. They may have a higher IQ

Investigate shows that breastfeeding babies can increase their IQ because it increases white matter in their brains. In fact, A study found that children breastfed for the first six months scored 7.5 points higher on verbal tests. The results come from the largest randomized trial ever conducted on breastfeeding, showing that it can significantly improve cognition.

According to the American Journal of Epidemiology, breastfed babies have a lower risk of becoming obese in adolescence or adulthood. Studies have shown that the longer a mother breastfeeds, the less likely her child is to be overweight. Infant formulas generally have a much higher sugar content than breast milk, which could explain the risk of obesity.

4. They have a lower risk of developing sudden infant death syndrome (SIDS).

SIDS occurs when a baby suddenly stops breathing while asleep. This can happen for a number of reasons, such as the baby having a brain defect or a respiratory infection. However, studies have found that breastfed babies have a reduced risk of developing SIDS. Investigate shows that even two months of breastfeeding reduces the risk of SIDS by almost 50%.

Finally, breast milk contains natural nutrition that simply cannot be mimicked by formula. While synthetic milk is nutritionally similar, it is missing key components like immunity-boosting antibodies. Breast milk can adapt quickly to meet the baby’s needs. For example, if they are sick, you will have extra antibodies in your breast milk to help your baby fight infection. Breast milk is also easier for babies to digest than formula.

Final thoughts on a study showing that breastfed babies have improved cognitive health.

It is clear that breastfeeding offers many benefits for both mother and baby. It not only helps the child bond with his mother, but also protects the baby from infections. Breastfed babies also have stronger immune systems and even score better on cognitive tests later in life. While some mothers prefer formula for their babies, even two months of breastfeeding can make a big difference.

Not to mention, a commercial formula can never replace breast milk, as it lacks vital antibodies from the mother. Many studies have shown that breastfed babies have better health across the board. Plus, infant formula can be quite expensive for a new mom, and breast milk is completely free. Of course, it is a personal decision whether someone should breastfeed or not, and some women cannot wait for medical reasons. Always consult your doctor or gynecologist if you have questions about breastfeeding.