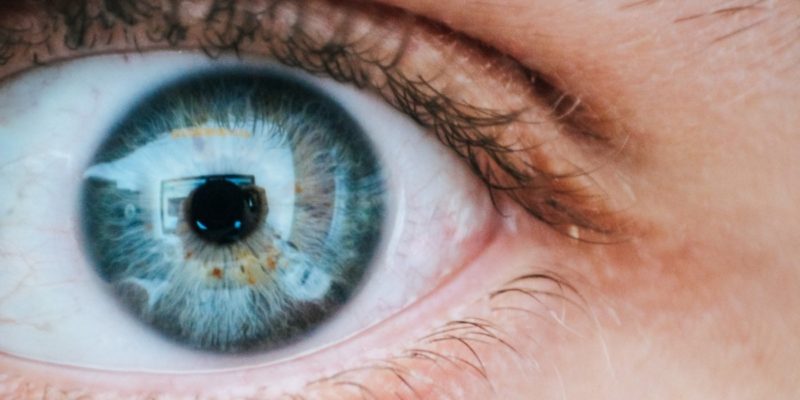 
By injecting algae genes encoding light-sensitive proteins into the eye of a Parisian man, the scientists were able to slowly restore the patient’s vision to the point where he could locate, identify and count objects again.

The treatment is considered a breakthrough in optogenetic therapy and offers the possibility of restoring vision in people with retinitis pigmentosa, the breakdown of photoreceptor cells in the eyes.

Found in shiny algae, the protein, called ChrimsonR channelrhodopsin, aids in the flow of ions in and out of the cell after it has been exposed to light. The application of this protein opens up new possibilities for retinal gene therapy, since it avoids the broken photoreceptors that typify retinitis pigmentosa.

Instead, the ChrimsonR genes targeted the ganglion cells in the retina, which are part of the vision equipment responsible for taking information from photoreceptors and transmitting it to the optic nerves, and then to the brain, where they transform into what we know as sight.

The ganglia were essentially assigned the function of photoreceptors, which due to the disease stopped working. A specially designed pair of glasses collected the image of the world and condensed it into a single spectrum of amber light, which causes the channelrhodopsin protein ChrimsonR to change shape and send signals to the brain.

MORE: A single injection reverses blindness in a patient with a rare genetic disorder: another RNA success

During months of training, the patient was able to see objects, the white lines on the sidewalk, and more with the help of the glasses, all of which are detailed in the resulting study. published in the journal Nature. This doesn’t seem like a particularly advanced treatment, but retinitis pigmentosa does not have an approved therapy and is one of the most common causes of blindness in young people.

New developments in this field could make optogenetic therapy much more futuristic, as if a gene could be found somewhere in biology that would react in the same way as ChrimsonR, but towards multiple color spectra. This would allow a more natural version of the view to be restored.

RELATED: 37 years ago, he started making children’s braille books to cut the cost by 90% and donate them worldwide

On the other hand, stem cell methods to restore photoreceptors have been pioneered in mice and have also been done in humans. Sai Chavala, Ph.D. at the Retinal Rehabilitation Laboratory at the University of North Texas, recently shown that fibroblasts, a type of skin cell, can reprogram themselves into photoreceptors in patients and mice with age-related macular degeneration (DM), a type of progressive blindness that is so common that it is practically described as “aging “.

Chavala is seeking FDA approval of this treatment to roll back age-related MD in the next 1-2 years.