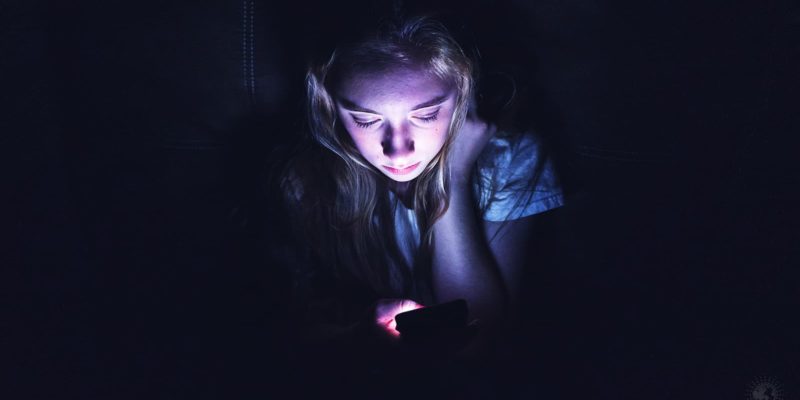 
These days, most people have at least one social media account. No matter what social status people are from, there is a networking site for everyone. People are more connected now than ever.

It’s no wonder that social media addiction has become a problem. Social media provides so many things that people need these days: attention, entertainment, the ability to be someone else without attracting attention, an escape from reality, and more. It seems that this type of addiction provides many of the effects of drugs.

Unfortunately, like drugs, social media has a huge downside. For a long time, scientists observed behavioral changes in people who are addicted to social media. A study by a team from the University of Pittsburgh has confirmed the change in personality: it seems that people are more depressed when they constantly use social networks.

Research from the University of Pittsburgh

The idea of ​​linking social media and depression is not a new concept. In fact, it has been studied for decades. However, the research is only beginning to bear fruit, as the effect of social media on people’s mental health is slow to show.

The team of researchers was led by Dr. Brian Primack. He is dean of the School of Education at the University of Pittsburgh and professor of public health at the University of Arkansas. Other team members included Ariel Shensa, PhD, Jaime E. Sidani, PhD, César G. Escobar-Viera, MD, PhD, and Michael J. Fine, MD, MSC. The findings were published in the American Journal of Preventive Medicine (AJPM) on December 10, 2020.

The most interesting result of the study was that almost 10 percent of the participants who were not initially depressed became depressed after six months of constantly using social media. It may not seem like much, but when you consider it 3.6 billion people worldwide use social media, there are many people who are going to be depressed. Scientists may have known that the Internet depresses people for decades, but this study sheds light on the fact that this can turn into a global epidemic.

Effects of social networks on society

Because it is social media having such a negative effect on people’s mental health? When you look at social media on the surface, it seems like a wonderful breakthrough for society.

People can keep in touch with distant loved ones. They have faster access to world news. They can be entertained by adorable cats. Social media even adds to the wide selection of knowledge that people now have in the palm of their hands.

Nobody disputes that this is all great. But your favorite platform could still have a negative effect on people. The most important question is whether the good outweighs the bad. The answer to this probably won’t be clear for long, but as long as scientists like the team at the University of Pittsburgh pursue the goals of the research, the answer will be apparent (hopefully before too much damage is done).

One of the biggest problems with social media is that it is widely deregulated and people can post anything, even if it’s not true. This leads to many major problems that send a ripple effect across the world. Misinformed people tend to behave in ways that they otherwise wouldn’t because of these lies.

The scary part of this is that these lies don’t just affect little things in people’s lives. They can disrupt governments, economies, and even the military. Social media has become a powerful weapon and, sadly, everyone has access to it.

While the majority of people use social media responsibly, it is the ones who use it irresponsibly that tend to make the most noise. This noise is attractive on both sides – everyone loves a little drama. In fact, it adds to the problem of social media addiction.

The drive for antisocial behavior

Another problem is that social media tends to make people antisocial. This is ironic since the whole point of social media is to connect with people more than ever. However, social networks tend to generate empty connections.

People connect for entertainment, gossip, news, business, and more. However, they are not necessarily making meaningful connections. Your connections may be called friends on the social media platform, but they’re really just names and faces.

In fact, researchers have identified different categories of antisocial behavior which is caused by the internet. These categories are:

The more people engage in these antisocial activities on their favorite platform, the more they fuel their addiction to social media. Unfortunately, her desire for attention is never fulfilled and neither is her addiction. It becomes a wild cycle of what some might call internet abuse.

Can you use social media in a healthy way?

Social media is not all bad. Many people use it in a healthy way. They are usually people who do not have any problem with addiction to social networks.

Social media was never supposed to replace actual physical connections. It was simply supposed to connect people in innovative and exciting ways. The fact that social media addiction, as well as other mental conditions, are exacerbated by people’s use of this technology, may indicate that there are serious underlying mental health issues that have not been adequately addressed at scale massive before social media appeared.

Unless mental health problems become a large-scale public concern, social media can continue to have the wrong effect on people. In fact, depression appears to be a trend among social media users that is not going to go away anytime soon.

Depression is an equal opportunity condition. It affects every race, gender, religion, ethnicity, and any other group you can think of. While it is true that certain groups have a higher rate of depression than others, this is probably due to other factors related to socioeconomic status. The condition itself does not depend on genetics.

According to the World Health Organization (WHO), depression affects more than 264 million people around the world. It is already such a big problem that it is scary to think that social networks will exponentially increase the cases of depression.

Statistics and facts about depression

A look at the depression statistics can put the problem in perspective. Earlier a couple of statistics were given on how many people suffer from depression. Below are some more of National Institute of Mental Health and some facts to go with them.

Depression is a real problem, and Internet addiction clearly doesn’t make this mental health crisis any easier to deal with. The next section has some tips to help curb addiction to online platforms.

1. Deactivate your accounts for a while.

There is nothing wrong with taking a break from these platforms for a while. The accounts will still be there when I return.

Notifications are good at their job. The purpose of the notifications is to get your attention. In other words, distract yourself from what you are doing. You’d be surprised how much less you would be on social media if they don’t remind you every five minutes.

3. Get more connected over the phone or in person.

It’s easy and convenient to connect with people on social media, but make an effort to use other connection methods. You will find that it is much more enjoyable when you have real social interactions.

There is no question that connecting with a long-lost friend has its benefits. When used responsibly, it can be entertaining and it can make people happy. It can be a great addition to anyone’s life.

However, too much of something is bad. It’s like overeating, taking drugs, partying, or even working too hard. Addiction takes you beyond the benefits and leads directly to mental health problems like depression. If you or someone you know has a social media addiction, follow the advice above or get help before it gets too bad.

Dermatologists Reveal 10 Beauty Treatments That Are a Waste of Money